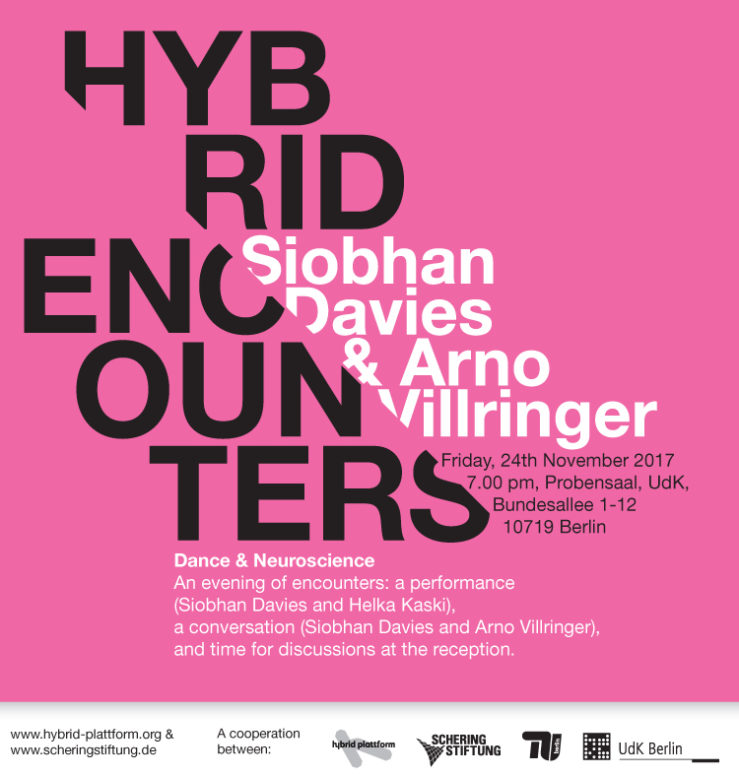 With “Hybrid Encounters”, the Hybrid Plattform and the Schering Foundation begin a new series of events devoted to the dialogue between art and science in hybrid forms of presentation. Eminent international guests from the arts and sciences get a carte blanche to organise an evening event with a Berlin personality who is either artistically or scientifically active in a way that is complementary to their own background.

The opening event is organised by the choreographer and dancer Siobhan Davies and the neurologist Arno Villringer. They inquire the interaction between body and brain, the embodied knowledge and the emotional effects of neuronal functions. Dance has benefi­cial effects on our brain. How can neuroscientists and dancers cooperate in exploring the complex mental coordination that dance requires. How does dance activate our body awareness? Is dance the earliest non-verbal language?

The starting point for the evening is the performance “Figuring” by Siobhan Davies and Helka Kaski. They present three choreographic situations in which the focus is on their own embodied archives of knowledge and the ‘gestural language’ that is inherent to the latter. This will be followed by an exchange between Siobhan Davies and Arno Villringer.

Siobhan Davies, one of Great Britain’s most influential choreographers, is herself a crosser of borders. Trained as an artist, she first worked as a dancer and in 1988, she founded her own dance company, Siobhan Davies Dance. Today, she is active not only as choreographer, but also as visual artist and her dance performances, for instance, also take place in art exhibits sometimes. They are distinguished by the wide repertoire of artistic and interdisciplinary approaches used to tear down the border between stage and public. Her works have been shown in, among others, the Barbican Centre and the Victoria Miro Gallery (London), the Kunstbau im Lehnbachhaus (Munich), and the Leopold Museum (Vienna).

Prof. Dr Arno Villringer is Member of the Board of Directors of the Max Planck Institute for Human Cognitive and Brain Sciences in Leipzig and speaker at the Berlin School of Mind and Brain. Due to his international reputation as an expert on issues surrounding strokes, it can sometimes be overlooked that he also has an eye on the emotional element of our cognitive and neurological actions. Thus his research topics include the interaction between music and strong emotions (“Blame it on the bossa nova: Transfer of perceived sexiness from music to touch” and “The Band Effect – Physically strenuous music making increases aesthetic appreciation of music”). He also considers the neural processing of emotions in terms of physical properties, as well as analyses of eating habits. 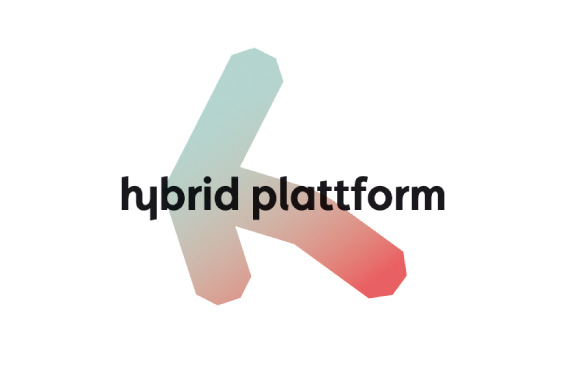 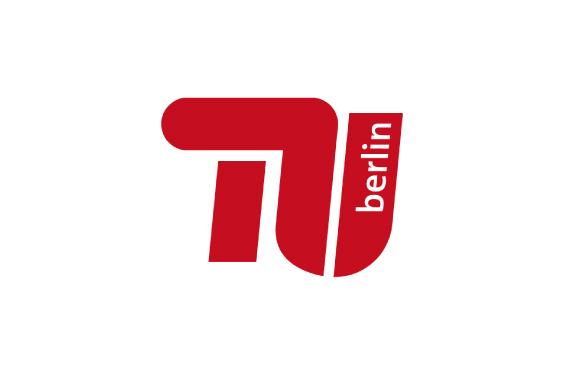