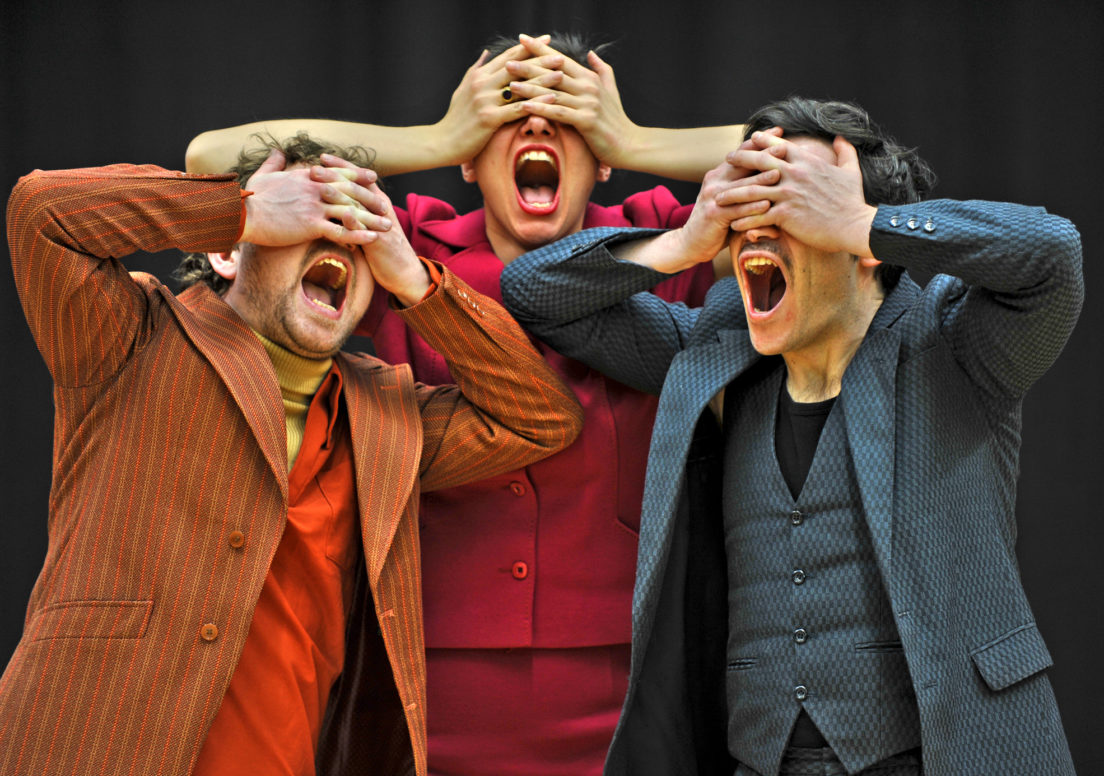 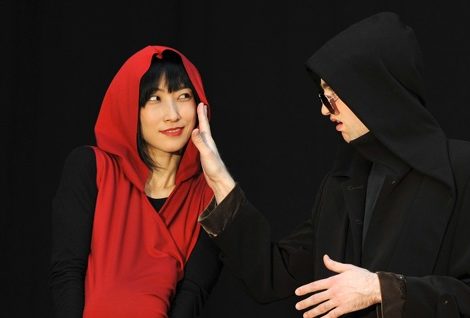 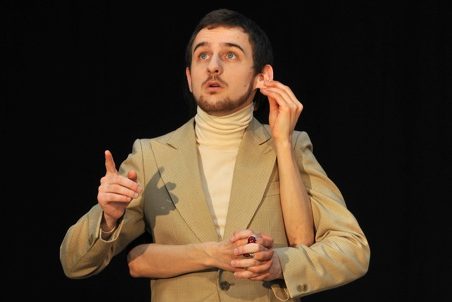 by Nico and the Navigators

by Nico and the Navigators

For tickets and more information, go to Radialsystem V or pèlerinages – Kunstfest Weimar

After their acclaimed premiere of “Petite messe solennelle” in autumn 2011, Nico and the Navigators will again present their production at the RADIALSYSTEM V: The twelve singers, three pianists and four performers under the direction of conductor Nicholas Jenkins and stage director Nicola Hümpel will perform anew the “Petite Messe solennelle” by Gioachino Rossini, reviving Rossini’s ambiguous world by providing a contemporary perspective on his work.

Already the title that Rossini gave his work is a contradiction in terms: it is to be a “Missa Solemnis,” a particularly solemn mass to inaugurate the chapel of a friend of his, a count, but – the composer seems to say with a wink – it is to be only a “small” one. Rossini’s name for his last mass has less to do with the “small” orchestration of two pianos and harmonium, but rather with this remarkable talent for self-irony. With its musical language, tempo notations (“Allegro Cristiano”) and manuscript notes addressed to “Dear God,” the composition of the 70-plus-year-old Italian opera expert appears to be a symbol for the soul’s conflict between belief, doubt, and humor. It takes the listeners and viewers into the world of a life-affirming skeptic – oscillating between feelings of tenderness, intellectual decadence, and the aftermath of revolution.

Nico and the Navigators was founded by Nicola Hümpel and Oliver Proske at the Bauhaus Dessau in 1998. Since then, the Berlin-based ensemble and their trademark visual style have taken the European theater scene by storm. With their tragicomic and poetic way of touching on contemporary issues, they have also wowed the world of international musical theater. In late May 2011, the company was awarded the George Tabori Award as an outstanding independent theater ensemble.

Through song, dance and acting, Nico and the Navigators visually explore Rossini’s “Petite Messe solennelle” and translate it into their idiosyncratic language. The Schering Stiftung has decided to support this project because the ensemble opens up new perspectives on classical masterworks by interpreting them in a starkly visual and uncompromisingly unconventional yet contemporary way.

Nico and the Navigators:

Oratorio as Visual Theater / Creeds in the 21st Century

The world premiere of the “Petite messe solennelle” by Nico and the Navigators will take place as part of the Weimar Art Festival “pèlerinages”:

A production of the Weimar Art Festival “pèlerinages” and Nico and the Navigators. In co-production with the Grand Théâtre Luxembourg, the Bregenzer Festspiele (Kunst aus der Zeit – Art of Our Times), the KunstFestSpiele Herrenhausen, and the Theater Erfurt. Sponsored by the German Capital Culture Fund, the Schering Stiftung, the Augstein Foundation, and with funding from the State of Berlin. In cooperation with the Opéra Comique Paris, the Opéra de Dijon, and the Radial Foundation.