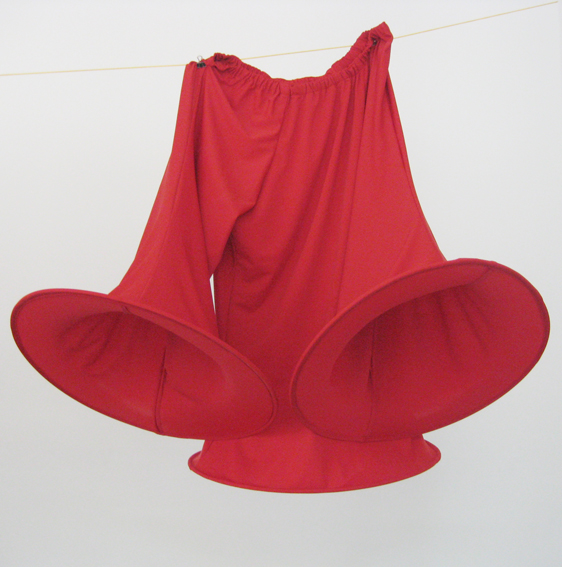 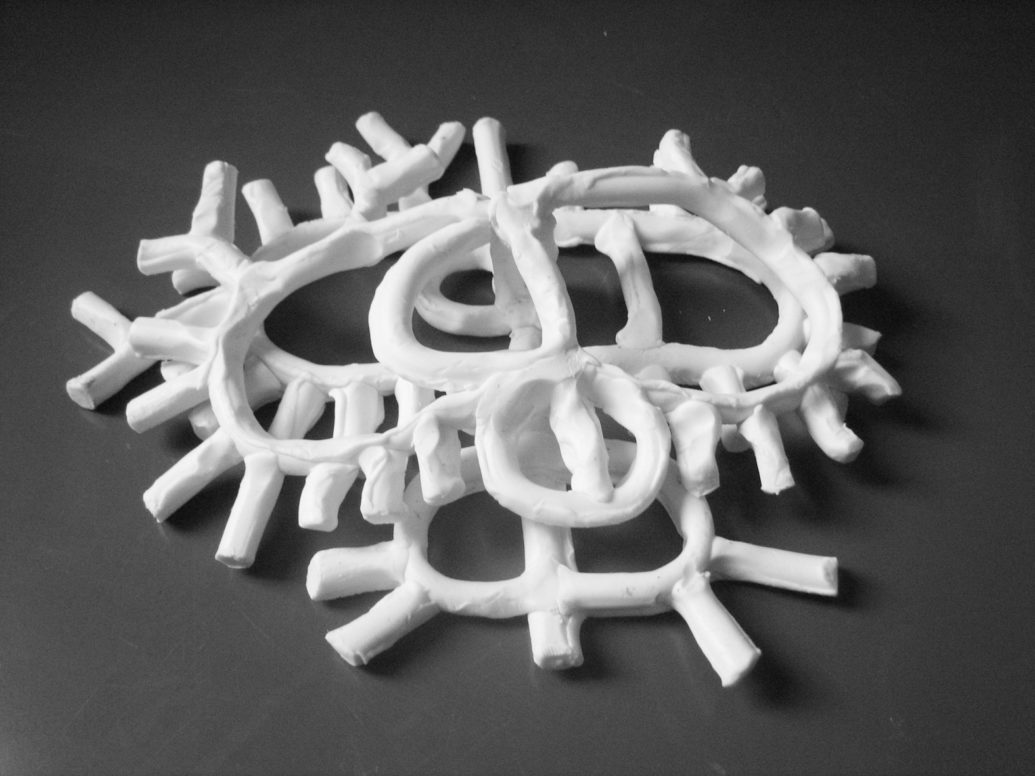 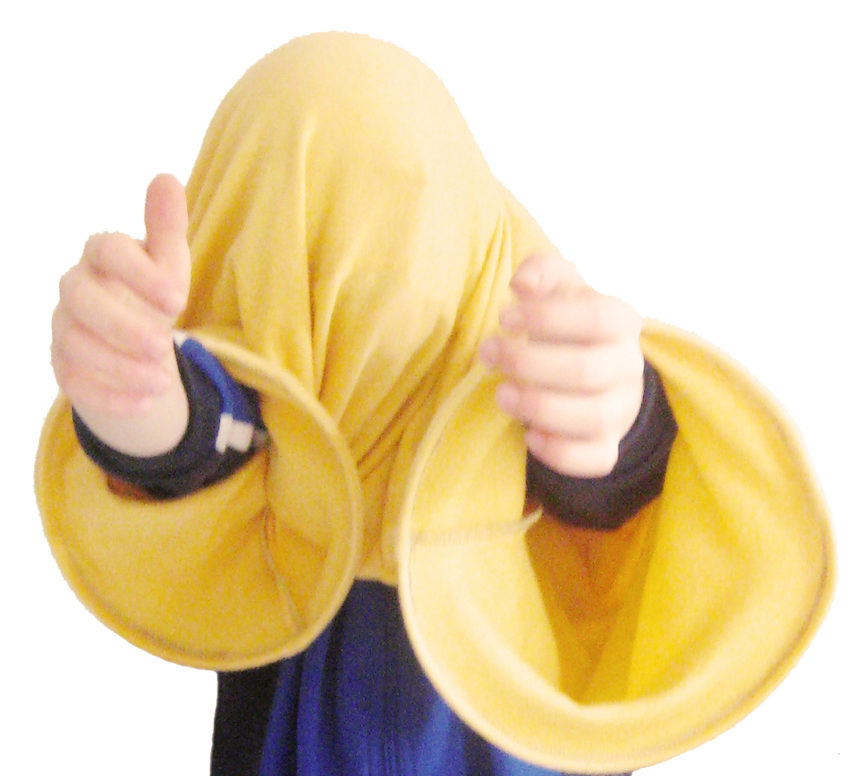 The objects on display in the exhibition “stop counting” are not there to be counted – but to be worn and even to be played with. “Stop counting” is an interdisciplinary project between art and mathematics, initiated by artist Tyyne Claudia Pollmann and mathematical physicist Dr. Thoralf Chrobok.

The exhibition, which will be on display from June 21, 2008, until the end of the year at the DeGeWo exhibition room in Berlin-Wedding, shows a part of the project “stop counting” on the mathematical field of topology, which is only some 100 years old. The topological way of thinking is characterized by the fact that geometrical connections are defined independently of systems of coordinates. The objects in space are defined and described from the inside out, e.g. according to the number of their openings. Topologically speaking, a bottle and a ball are the same, as are a donut and a cup: they are homoeomorphic. Terms such as environment, neighborhood, interior, the path, the open set and the edge become essential for dealing with the objects in space. By playing with the exhibits, the exhibition visitors can literally grasp the topology of an object from the inside. Operational processes and mathematical definitions are reflected in aesthetically transformed exhibits and spatial situations, of which the visitors themselves can become a part.

Another part of “stop counting” will be presented at the Syker Vorwerk – Zentrum für zeitgenössische Kunst (Center for Contemporary Art) in Lower Saxony from July 6 through September 21, 2008.

The Schering Stiftung enthusiastically supports “stop counting.” The project integrates art and mathematics in an innovative way to get young people interested in mathematics and to present this discipline in all its creative aspects. It is the avowed aim – and one of the main fields of support – of the Schering Stiftung to introduce children and youth to scientific topics through unusual ways. In order to get children and youth involved in the project, Pollmann and Chrobok will hold workshops and one-day sessions in schools in Berlin. To this end, they will use their exhibition space in Berlin-Wedding, which they have received rent-free until December 31, 2008, as winners of the DeGeWo competition “create your own Wedding space,” as an exhibition and communication venue. By developing their objects in cooperation with employees of Steremat AFS GmbH – a company trying to re-integrate teenagers who are difficult to place and long-term unemployed people –, the initiators themselves are engaged in a dialogical process of teaching and learning, For that reason, the aspect of communication has moved to the center of their project.

Additional information can be found at www.stopcounting.de.