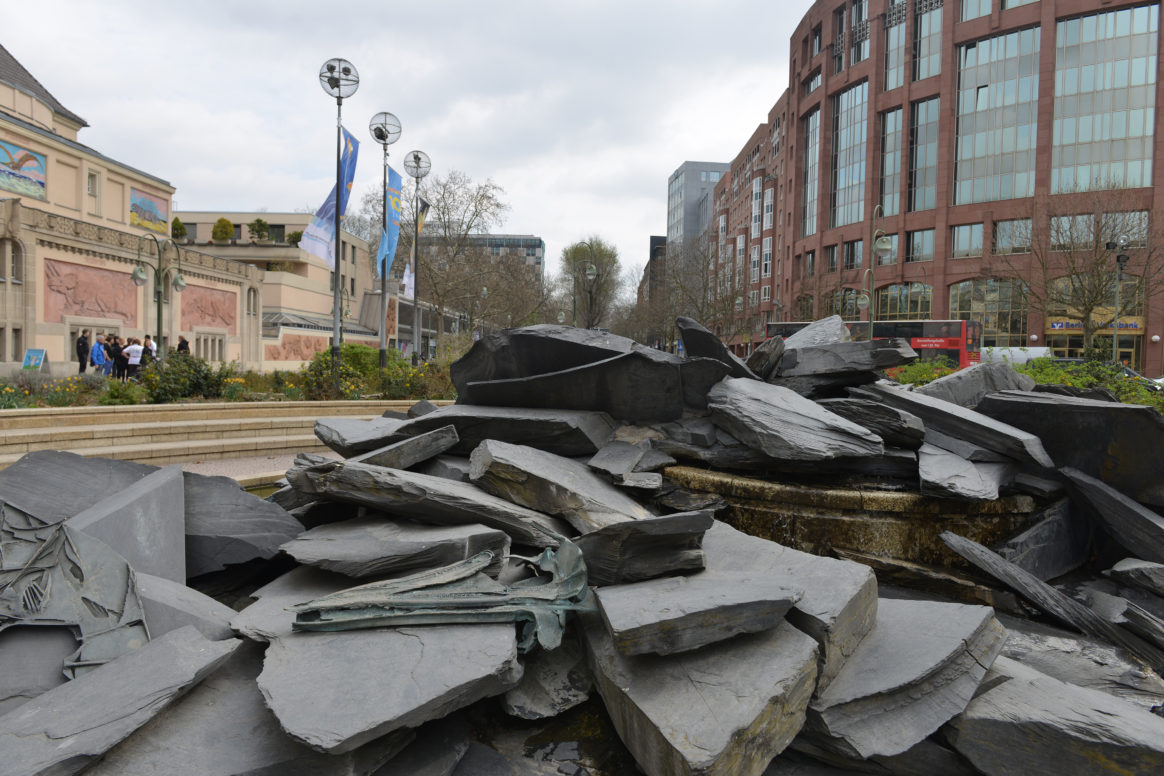 Volker Bartsch, born 1953 in Goslar, is one of the most prominent sculptors of his generation. On the occasion of his 60th birthday, the Georg Kolbe Museum honors the Berlin-based sculptor with a comprehensive exhibition. Opening on September 1, 2013, the show will focus on his sculptural works and his works in public space. Volker Bartsch is known to a broader public especially for his “Ammonite Fountain” (1985-87) located in front of the Berlin Aquarium.

The exhibition at the Georg Kolbe Museum comprises various stages in the artist’s career, beginning with the organic-figurative bronze sculptures of the 1980s, which culminate in the primeval forms of the “Ammonite Fountain.” In the 1990s, Bartsch moved towards abstraction by using colored steel sheets that he collected in scrapyards in Berlin. In his sculptures, massive wedges and steles that support and penetrate each other take on the shape of archaic constructions. In his work, the gate makes repeated appearances as a form and a symbol, turning observers into active participants by prompting them to either walk around or through it. The physical experience of the material is also central to his compositions that are executed such as to form impenetrable obstacles, revealing a particular fascination for surfaces. Welded joints or traces left by the grinder refer to the process by which the sculptures are created. More recently, Bartsch has moved towards figuration, for example in the “Maledictions of Beauty” series which is dedicated to the grotesque transformations of the human face brought about through the dubious blessings of the beauty industry. The majority of the works on display are made available for the exhibition by the artist.

The exhibition will be accompanied by a comprehensive catalogue of Volker Bartsch’s sculptures and works in public space.