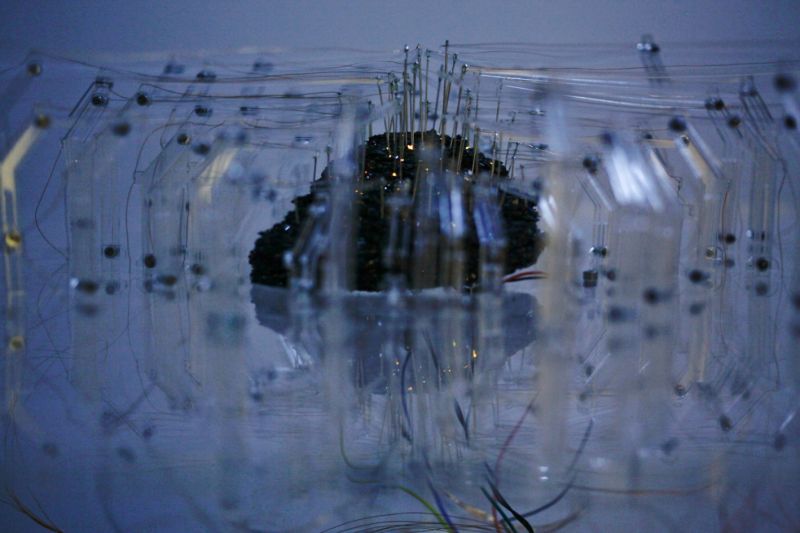 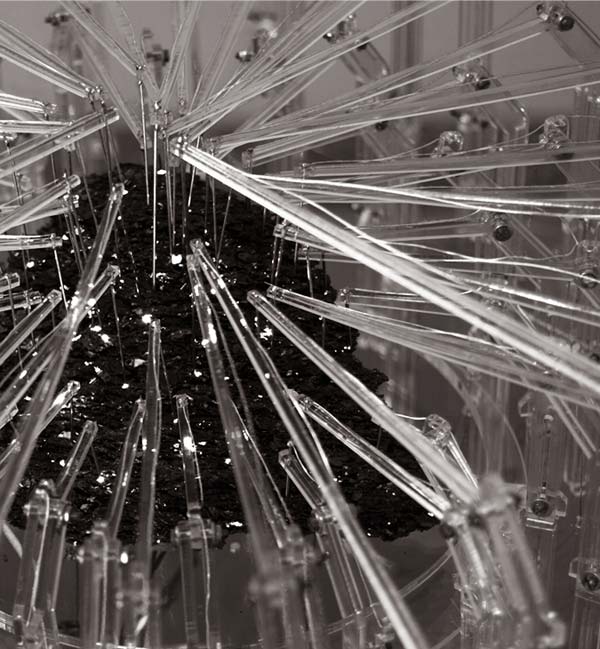 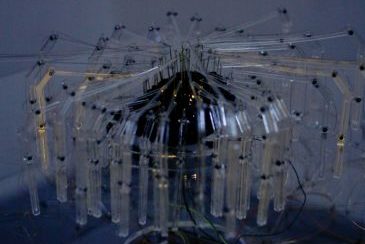 An exhibition in cooperation with DOCK e. V.

In his current artistic research, the Berlin-based artist – known to a broader public for his “Calculating Space,” which was part of the “WorldKnowledge” exhibition – deals with the building components of our ubiquitous information technology. For “Irrational Computing,” he uses semiconductor crystals such as silicon, quartz or silicon carbide, which, thanks to today’s advanced microtechnology and extremely sophisticated procedures, are processed into transistors or integrated circuits (IC), with the materiality of modern microprocessors having long since ceased to be graspable. The extreme miniaturization and the black-box set-up elude visual interpretation. For his exhibition, Ralf Baecker will construct a circuit that runs counter to the developments in information technology, representing the system in a dimension that is enlarged many times over. The project thus corresponds to an extreme zooming-in on the smallest “physical” units of digital processes.

The installation in the Project Space of the Schering Stiftung consists of four interlinked modules that use the varied electrical and mechanical particularities and characteristics of crystals and minerals and, through their networking, form a kind of primitive macroscopic signal processor. The crystals used for the purpose are either taken directly from nature, industrial waste products or have been especially cultivated for the purpose. A silicon carbide crystal, for example, is made to light up at numerous points with the help of electrodes (LED). On the crystal piece, there appears a kind of display, which is targeted by the data flows generated by other modules. At the same time, the crystal functions as a sound generator, since the electrical impulses change the surface of the crystal, causing it to vibrate. Via loudspeakers, these microscopic reverberations are made audible for visitors.

Ralf Baecker has developed his new project during a three-month project residency, which was made possible by DOCK e.V. with support from the Schering Stiftung. Born in 1977 in Düsseldorf, the artist studied computer science and media art at the Academy of Media Arts in Cologne and taught at the Bauhaus University in Weimar and at the BremenUniversity of the Arts. For his artistic works, he has received numerous awards and fellowships.

Digital systems, in their function, are conceived logically and rationally. The lowest physical or electro-technical level (crystals with semiconductor properties) are based, however, on quantum mechanical, i.e. statistical or unpredictable processes. Modern computer technology has thus tamed and domesticated the chaotic, so to speak. In his work, Ralf Baecker comments on this paradox by examining the aesthetics of the materials from which has developed a global digital network. “Irrational Computing” is not supposed to “function” – its aim is to search for the poetic elements on the border between “accuracy” and “chaos.”

Head of the Performative Science Project – Basic Research At the Interface Between Art and Science at the Institute for New Media (INM), Frankfurt/Main 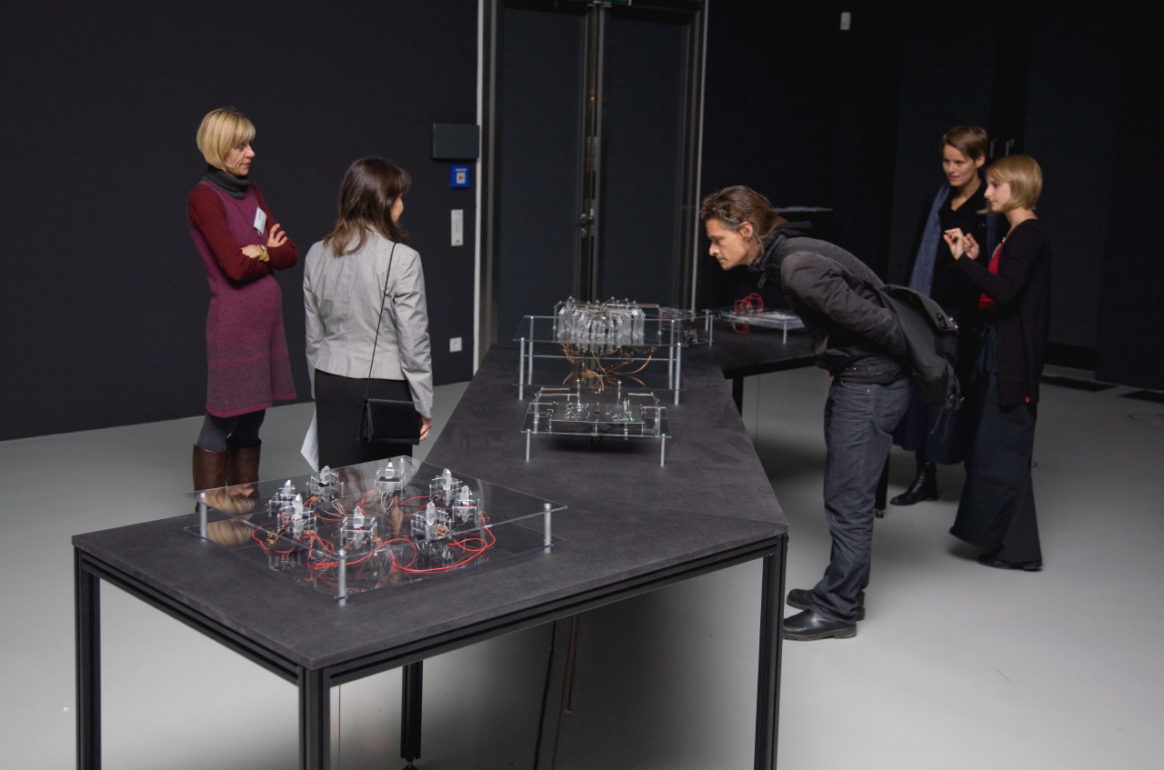 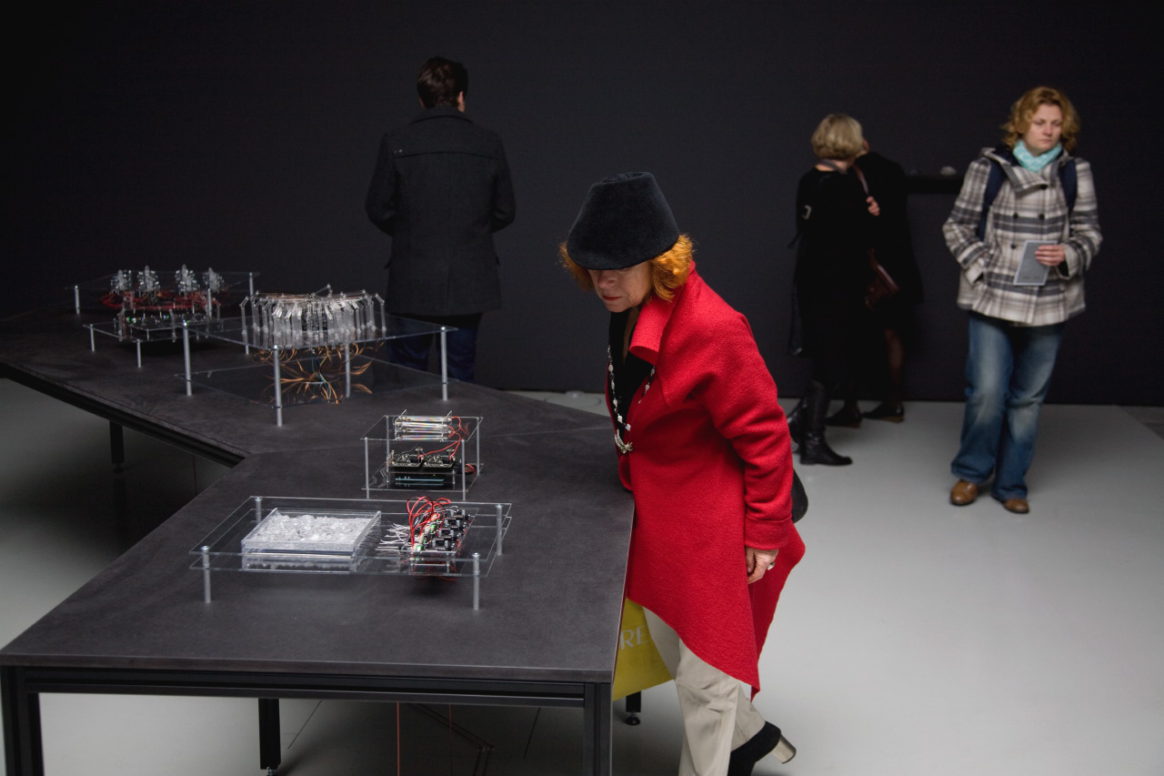 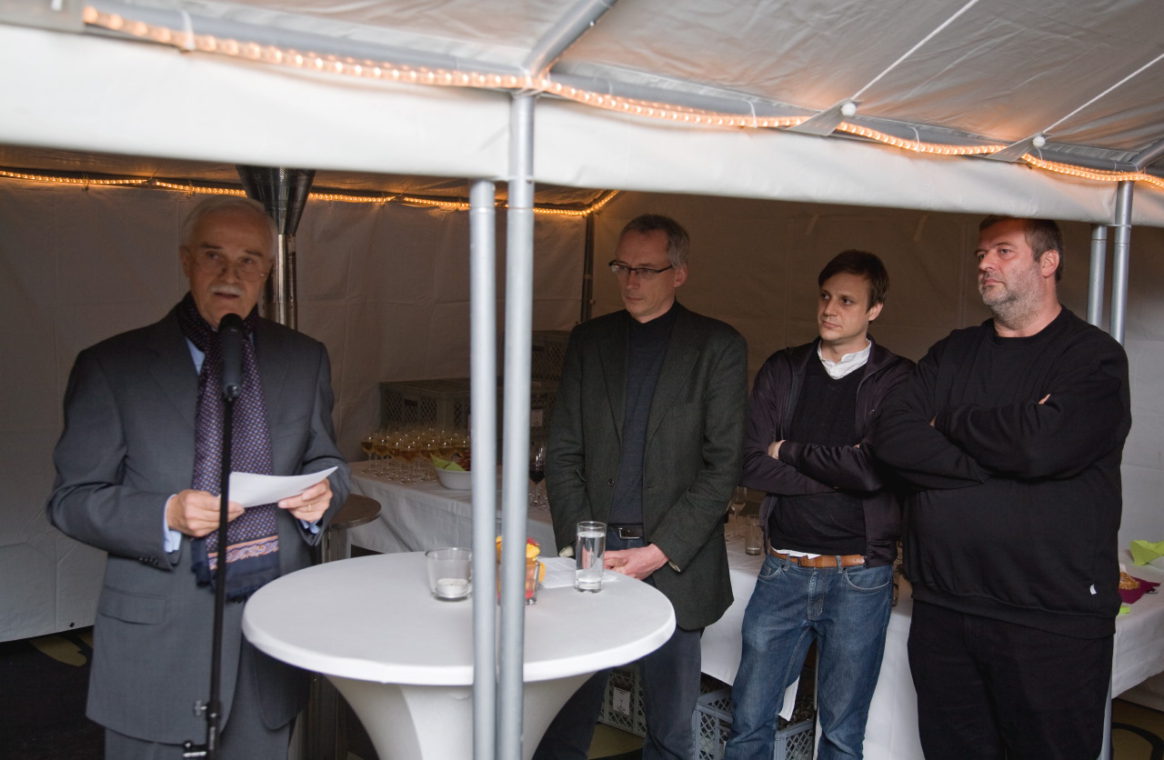 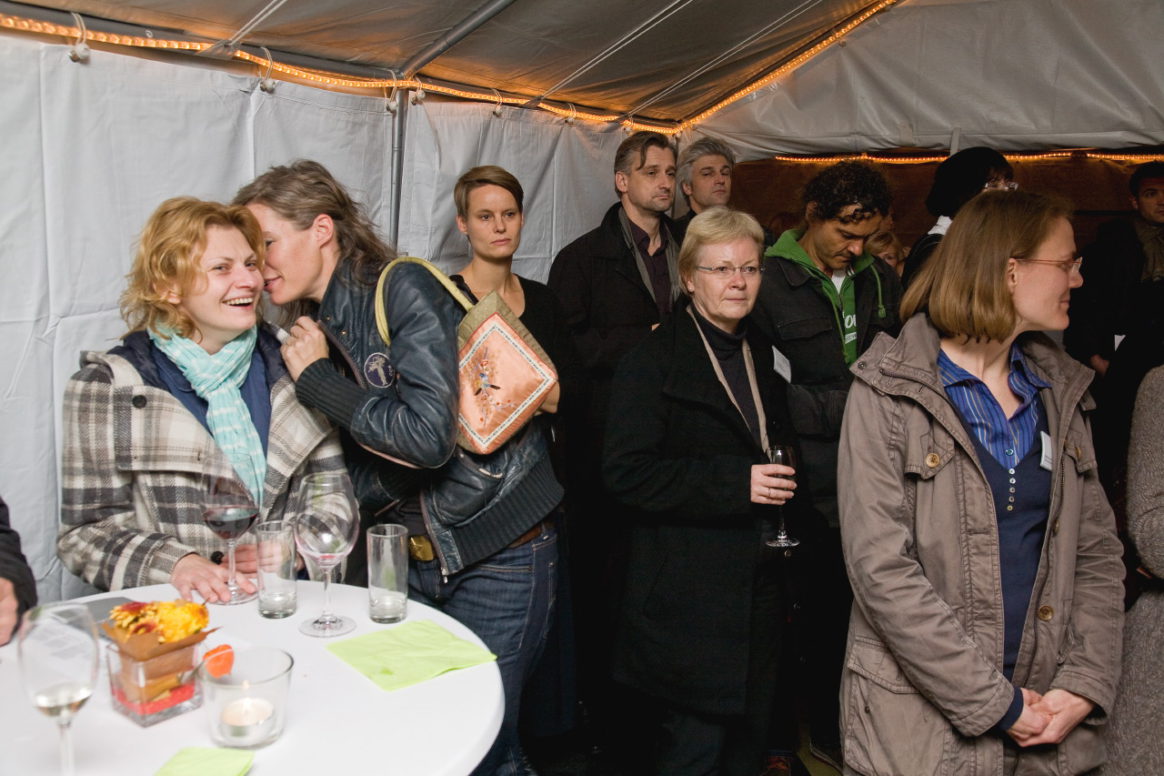 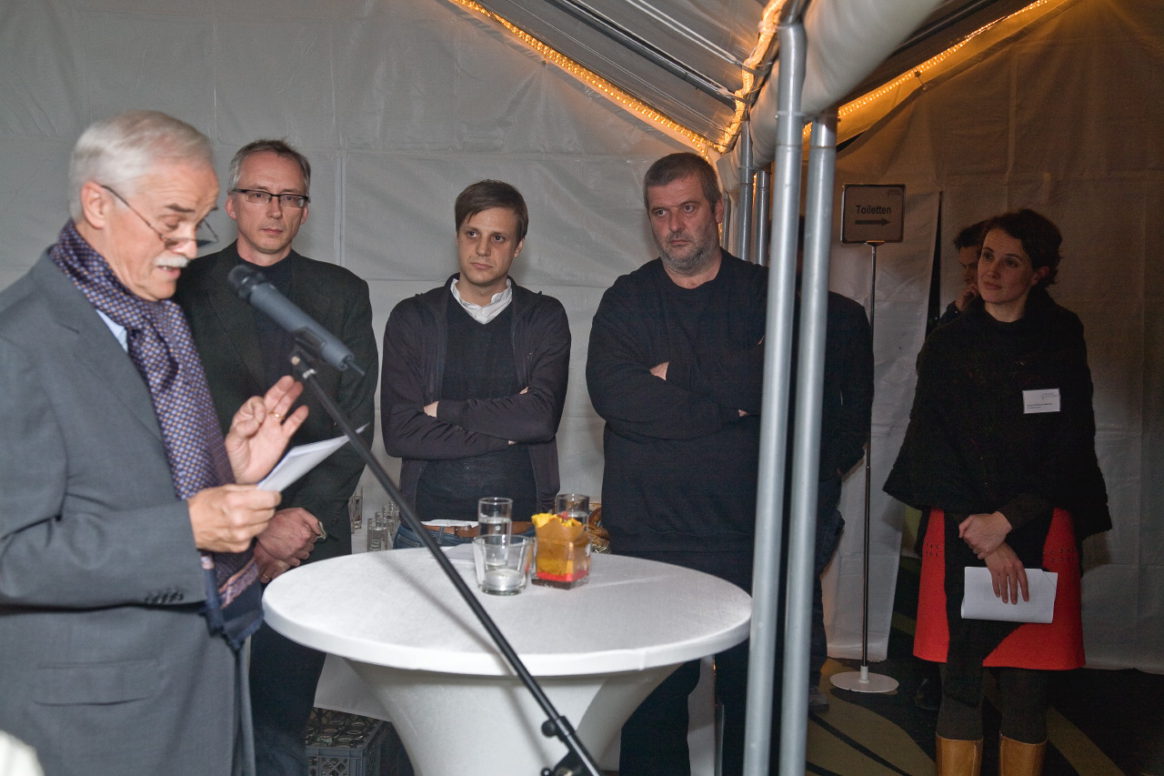 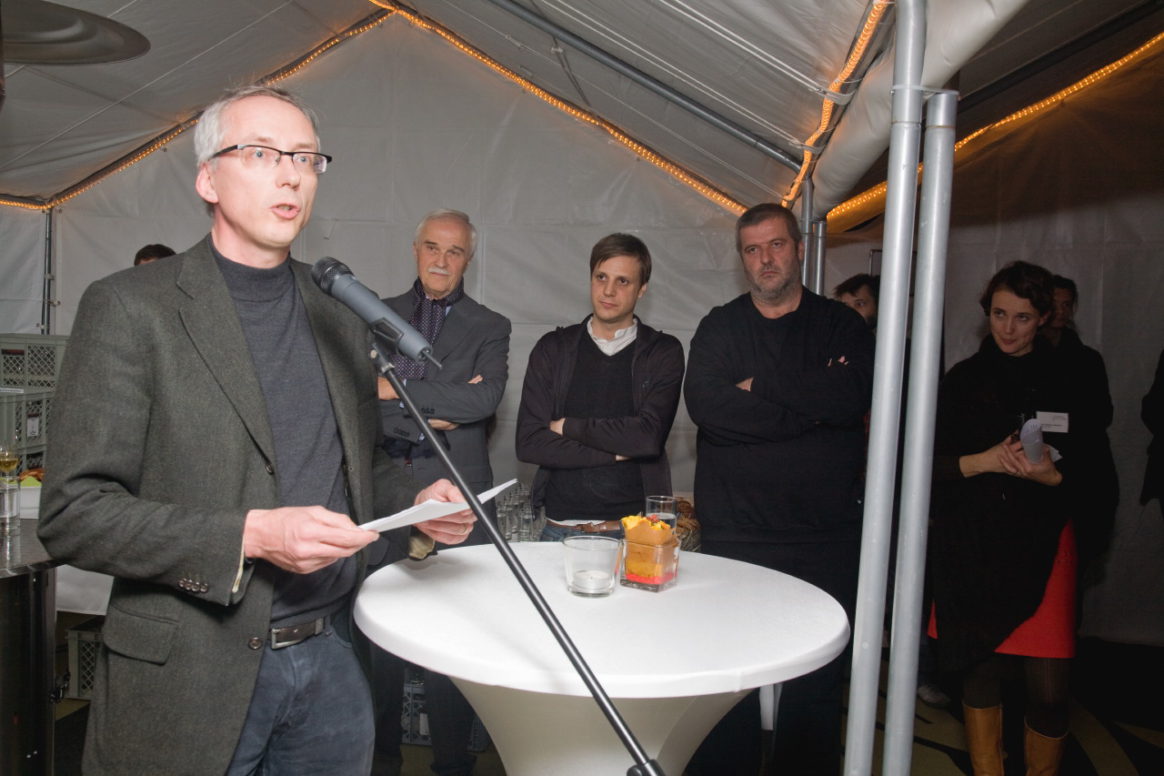 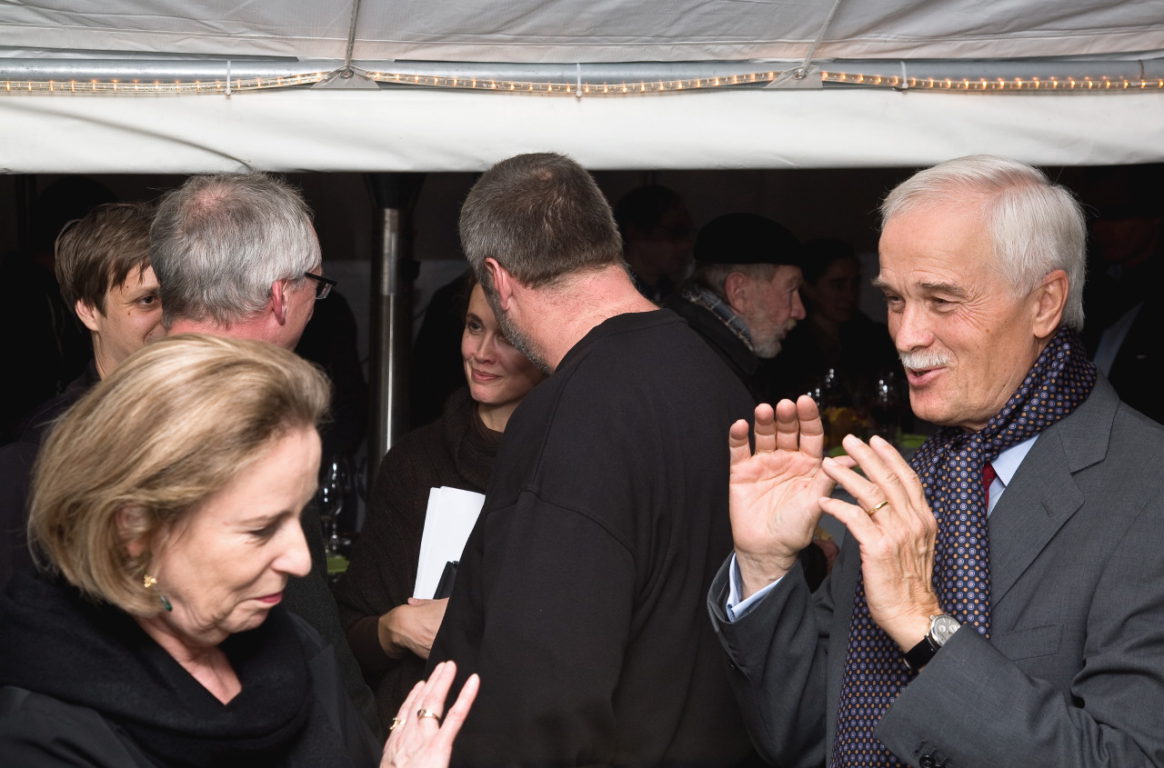 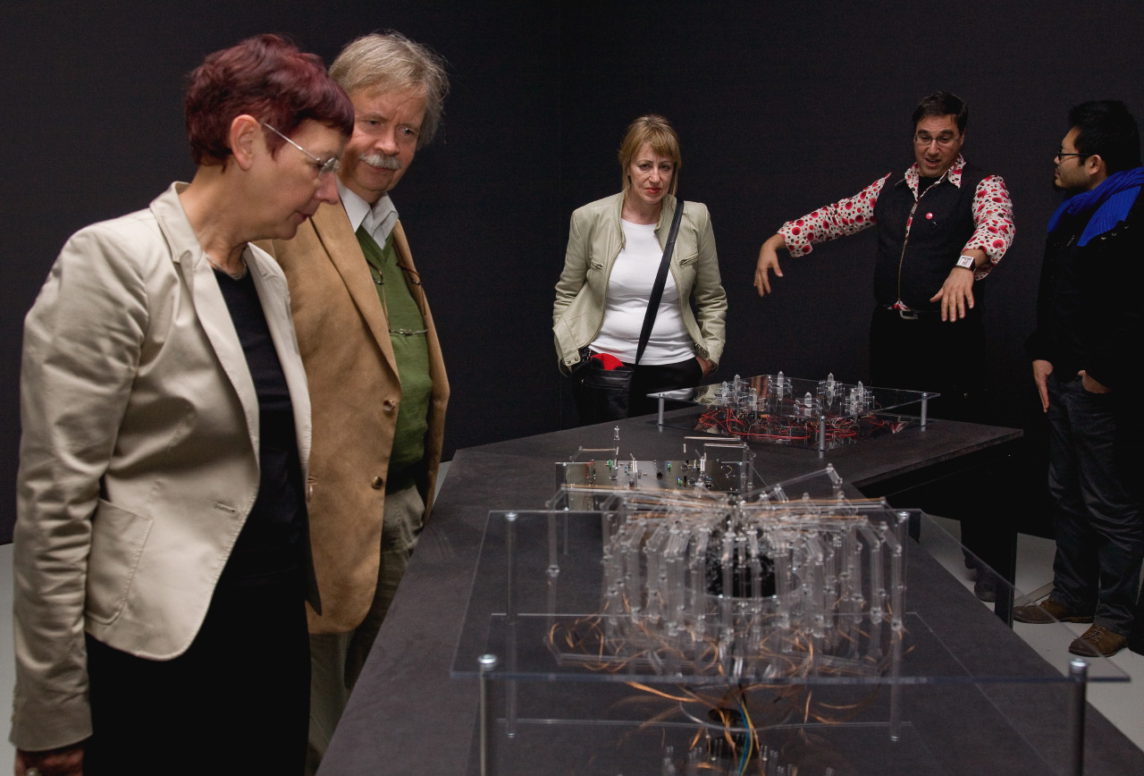 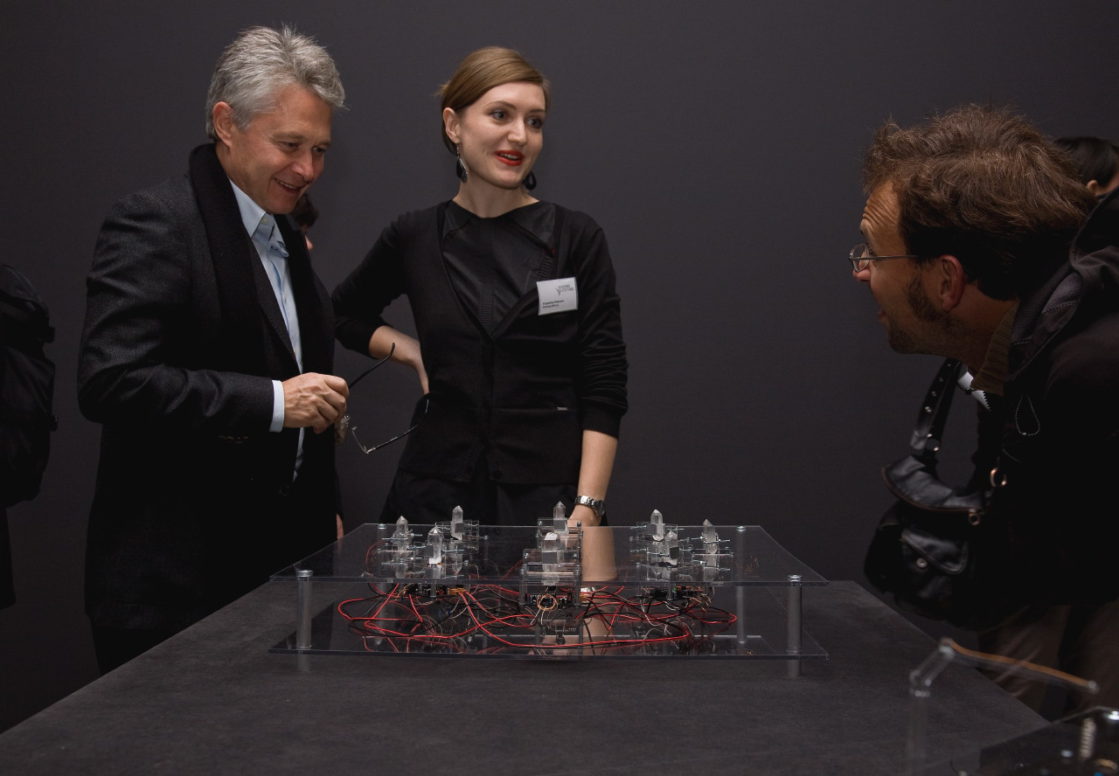 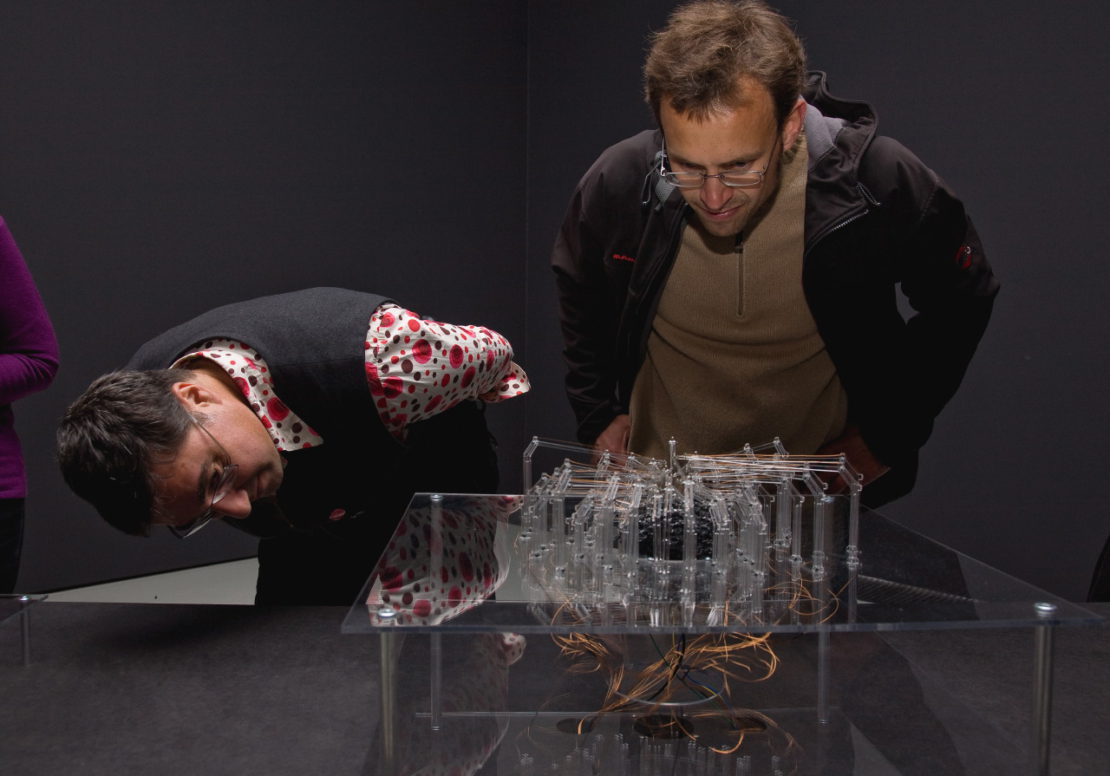 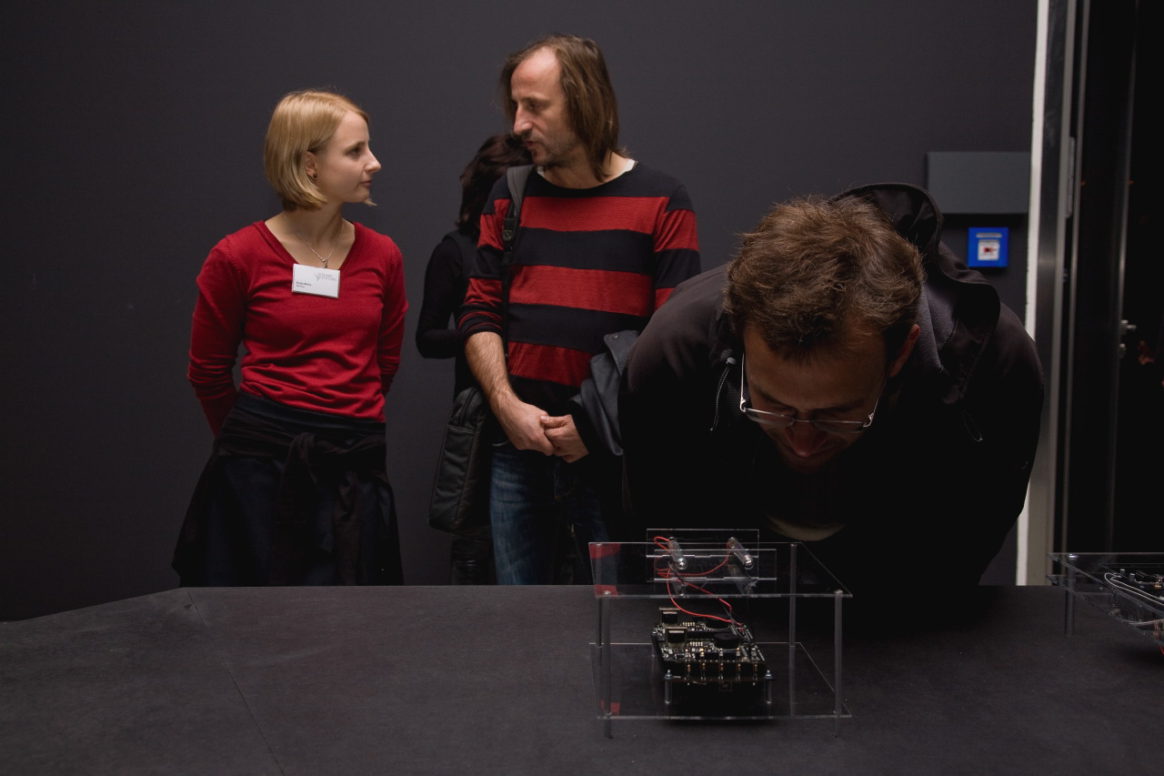 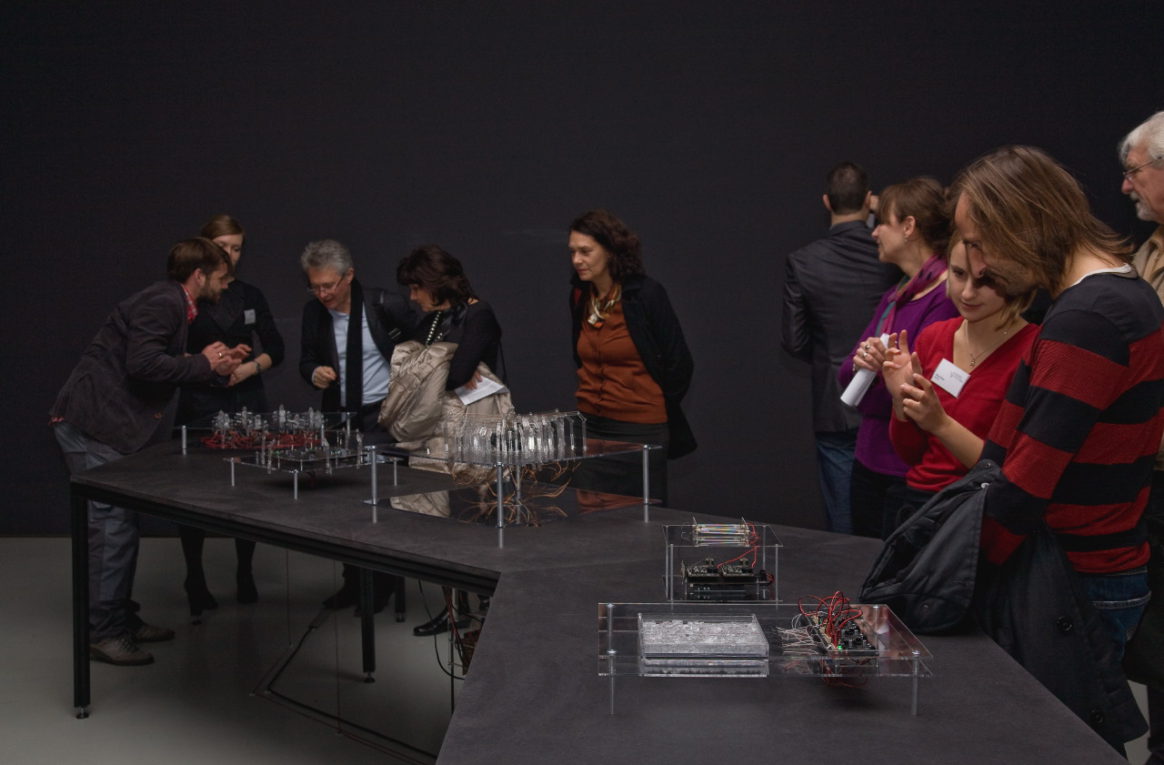 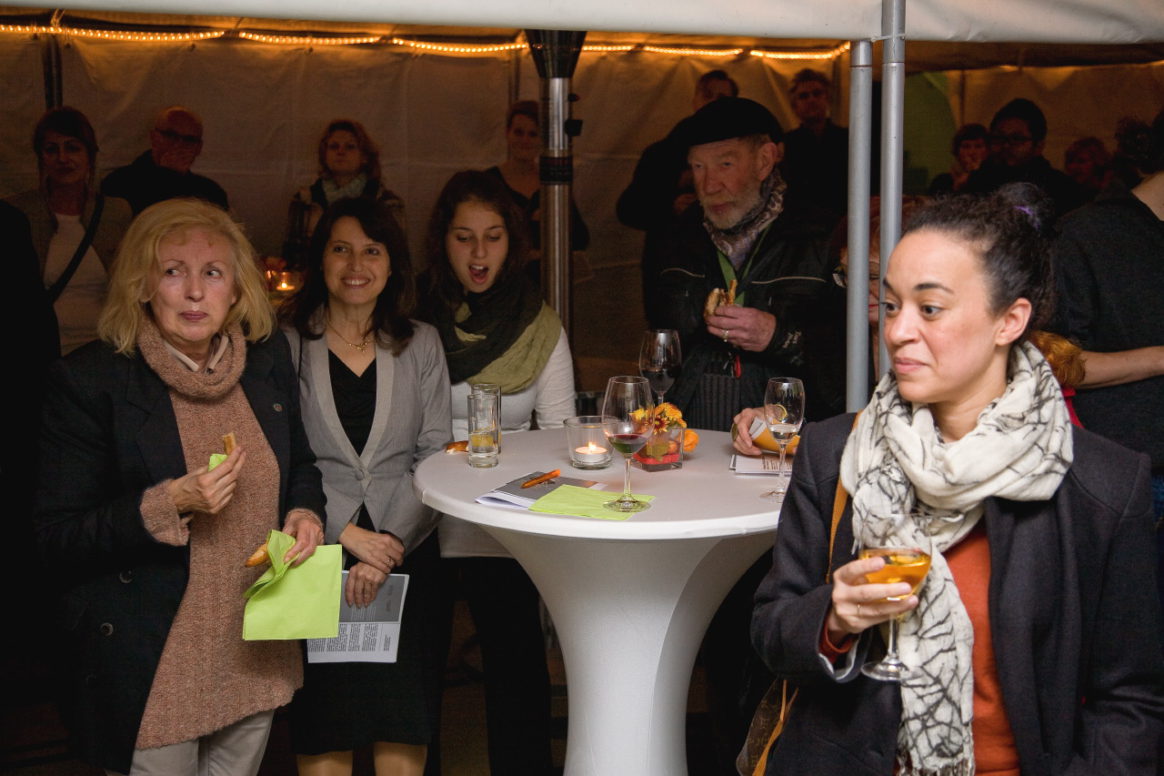 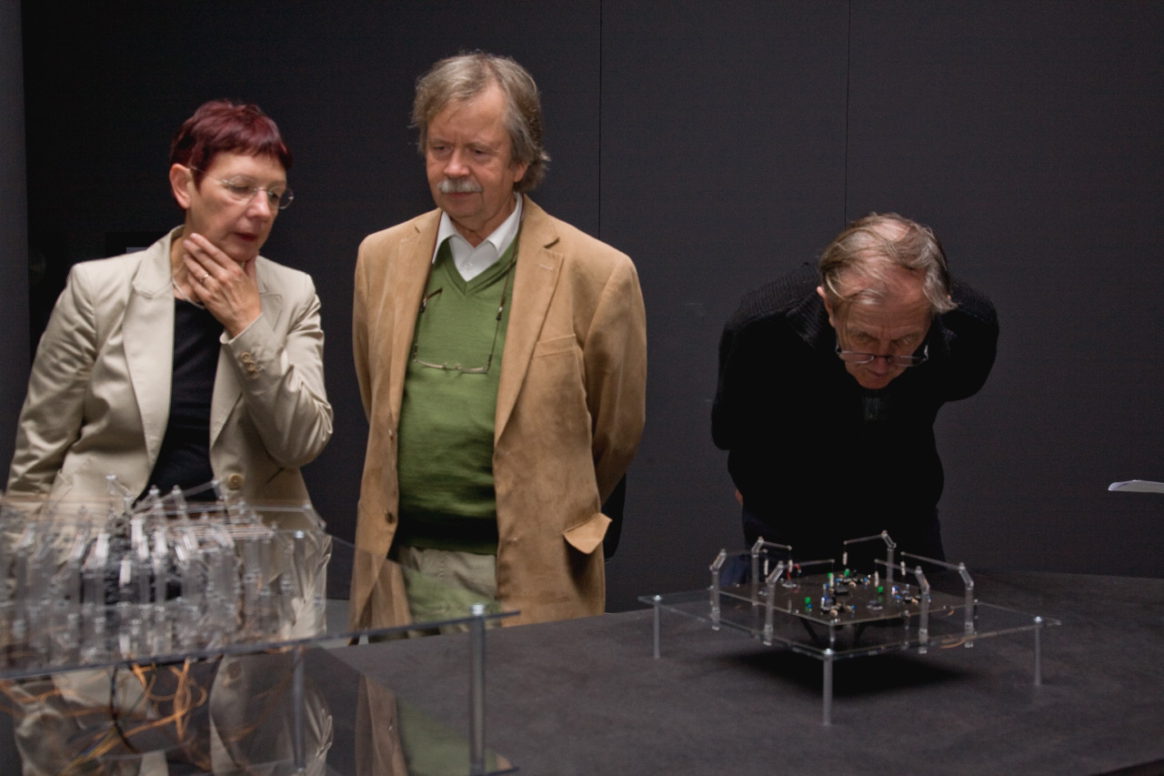 On the occasion of the exhibition opening on October 27, 2011 Dr. Andreas Brockmann, Leuphana Arts Program, Leuphana University Lüneburg, hold an introduction speech that you can download from here (in German)