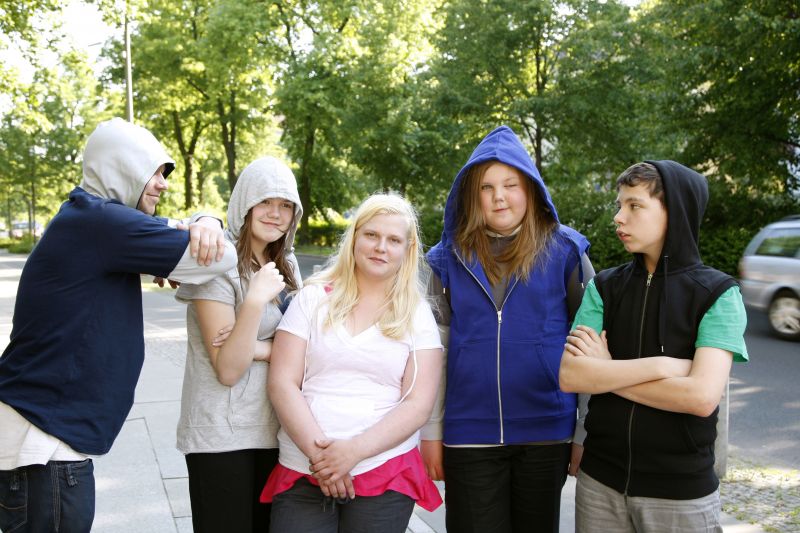 “what happens then” – Existence and Its Consequences

“what happens then” – Existence and Its Consequences

29.05.2011, Berlin | On June 15, 2011, at 7:00 p.m., there will be the premiere of the third and final part of a three-year children’s and youth theater project initiated and run by Theater o. N., which aims to help young people overcome cultural poverty by actively involving them in the development of a play. “what happens then” depicts and analyzes the life situation of five young people from Berlin-Hellersdorf: Kati, Marie, Laura, Jeffrey and Stefan. While the theatrical work first seemed foreign and exhausting to them, it also aroused their curiosity to the point that they decided to get involved; since January 2011, they have met once a week as well as for additional rehearsals.

The Theater o. N. works with children and young people on the basis of biographical theater. Based on issues, thoughts and life stories that are important to them, it trains their powers of perception and shows them that their identities are both relevant and changeable. The young people between the age of 13 and 21 receive support and encouragement to find their own voice and to sharpen their consciousness and perspectives. Through the project, young people who are confronted with indifference in their daily lives and who, for family reasons or because of their place of residence, are not able to participate in the cultural offerings of Berlin-Mitte, get the message that what they have to say is important and that their demands and desires can be met and realized. During the preparatory stages of “what happens then,” the young people dealt with values and convictions and examined their self-images as well as their views of the wider world. The work was provoked by the topic of “seven deadly sins,” which provided the stimulus for the conversations and discussions.

As early as March 2010, a creative team of the Theater o. N. – a director, a drama teacher, a percussionist, a hip hop artist, and an artistic director – began to work with children and young people in Hellersdorf. Before starting on the project, the team interned with “Die Arche” for six months. In close and intensive cooperation with the children and young people, they developed several theater plays: “what happens then” was preceded by “Der Teufelsschatz” (The Devil’s Treasure) by and for children age 6 to 10, and “HerzMonster” (HeartMonster), a traveling play for children 6 years and older, which is performed by actress Iduna Hegen in pre-schools, schools and other institutions in Berlin Marzahn-Hellersdorf. In all productions, the artists and creative professionals served as mentors and equal partners, encouraging the children and young people to find their own voices and ways of expressing themselves, and to discover their resources to act and behave differently.

The Schering Stiftung is currently stepping up its support for educational arts projects in Berlin’s Marzahn-Hellersdorf district; with the media coverage focusing on Neukölln, Marzahn-Hellersdorf has so far received little attention as a “problem district,” although it also suffers from cultural poverty. The Schering Stiftung was impressed by the project’s idea to literally “bring” the theater to the underprivileged young people, to the pre-schools and schools, and also to get their families and local social institutions such as “Die Arche” involved. The play-acting provides the participating children with an opportunity to play different roles, compare their own and other’s perceptions, and thus learn that they, too, can break out of the mould and forge new ways for themselves. Our support is connected with the hope that this ambitious goal will become true for as many children as possible.

For the performances at Theater o.N. we kindly ask you to register under phone 030-440 92 14 or at info@theater-on.com