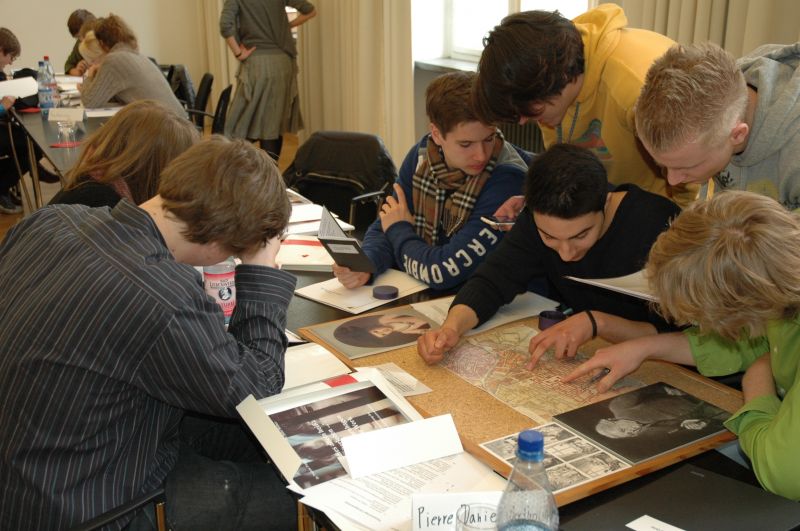 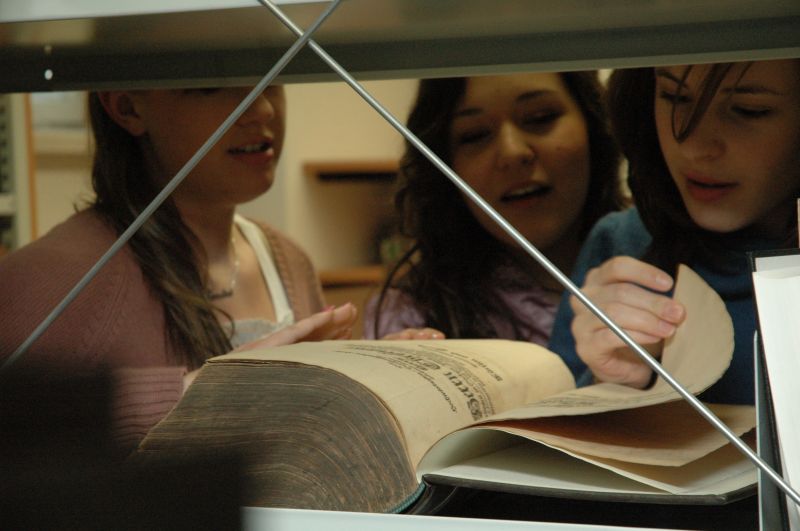 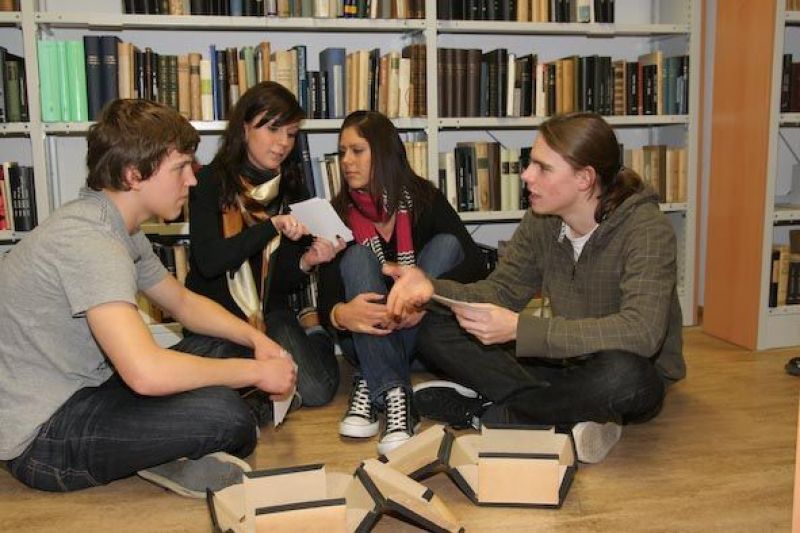 The workshops in the series provide students with an opportunity to familiarize themselves with the practice of science and social science research. The workshops will take place at the Martin-Gropius-Bau from September 27, 2010, through January 7, 2011. In approximately three and a half hours, the students will be able to deepen their knowledge in five thematic areas covered by the “World Knowledge” exhibition, which focus on specific research practices: experimenting, calculating, interpreting, visualizing, traveling and collecting.

The workshops are directed in particular at Leistungskurse in the humanities and social sciences, but also in the arts and natural sciences. The workshops are designed and taught by research fellows who work at the exhibition’s organizing institutions and other renowned research institutions in Berlin. Overall direction is provided by the Berlin-Brandenburg Academy of Sciences and Humanities, with the workshops taking their cue from its successful “Schülerlabor Geisteswissenschaften” (Arts and Humanities Lab for High-School Students). While scientific student labs offer experiments in an authentic working environment, “Science in Verbs” is about reflecting on the basics, on the conditions and means of gaining knowledge, on the preconditions and goals of science and scholarship. The workshops aim to strengthen curiosity and scholarly interest of young people on their way to university and to offer them guidance through the many and diverse disciplines.

As a fundamental practice for gaining new knowledge, the experiment occupies a central role in the self-understanding of modern science. It is often unclear, however, what characterizes an experiment. While philosophers and scientists have argued for centuries about the conditions under which an experiment can produce secure knowledge about nature, today’s debates focus mostly on the consequences of the experimental sciences for society.

In the exhibition room on “Calculating,” a number of calculating machines and computers are on display. The corresponding student lab takes a backstage look at the devices and asks what happens inside a computer from a mathematical perspective.

Interpreting signs and actions is one of the key tasks of all language and cultural studies disciplines. In school, students are familiar with this practice, for example, from interpreting a poem or a picture. Starting from what the young students know, the student lab tries to convey the existential importance of interpretation, as the freedom or even the life of a human being might depend on the interpretation of a text.

This student lab deals with both the motivation for going on research trips and the structure of collections. The goal is to make students understand collecting and ordering as challenging scientific and scholarly activities. Following introductions on the history and theory of traveling and collecting, the students will “embark on a trip” through the exhibition, tasked to perform specific research tasks.

For more detailed information about the workshop contents, dates, and conditions for workshop registration, please read the program flyer. Starting August 25, 2010, you can register by e-mail at schuelerlabor-studmb@bbaw.de.

The project is made possible with support from the Schering Stiftung.