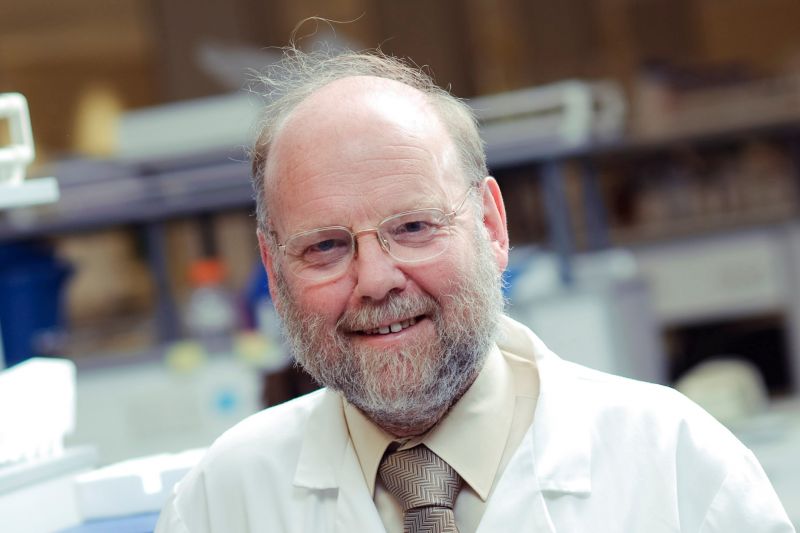 Just about everyone has heard of Dolly, and some know Polly. A few may even be aware of the fact that the lambs Morgan and Megan were cloned before Dolly. The intellectual father of all these cloned animals is at least as well known: Ian Wilmut. But the embryologist has long set his sights on new goals. His latest challenge is to use his know-how to advance therapeutic cloning. Recognizing the pioneering achievements of Professor Wilmut, the Ernst Schering Research Foundation awards him its Ernst Schering Prize for the year 2002. With an endowment of 50,000 euro, the prize is among Germany’s most distinguished and lucrative research awards.

In 1997 Ian Wilmut reported on his success with the reproductive cloning of mammals in the scientific magazine Nature, with the result that Dolly immediately became a media star. The world learned of the first living mammal whose genetic information stemmed from a fully differentiated body cell?a cell taken from the mammary gland of an adult Finn Dorset ewe.

Although Wilmut’s initial research concentrated on the cloning of sheep, he stressed from the very beginning that he was opposed to the reproductive cloning of humans. He feels it is unacceptable not only for ethical reasons, but also because of problems in mastering the technical aspects of this process. Wilmut has since taken an interest in therapeutic cloning as a way to produce human embryonal stem cells initially for basic research and later for therapeutic purposes. Professor Wilmut and his team at the Roslin Institute in Roslin, near Edinburgh, have the particular advantage that since 2001 British law allows human cloning for the purpose of obtaining stem cells within strict ethical boundaries.
The ultimate goal of this research is to be able to derive new tissue from these cells: intact nerve cells for patients suffering from Parkinson’s disease, new islet cells for type I diabetics, perhaps to repair a heart?the possibilities they envision are vast. However, realization will not be easy, nor is it to be expected in the short term. Scientists are still involved in basic research, but at least the first concrete successes have been achieved in research with rodents.

In recent years, researchers have discovered the existence of adult stem cells in more and more tissue and organs of the human body besides bone marrow. When these cells are obtained directly from the patient, the advantage is that new organs formed from these cells are immunologically compatible, and subsequent defense reactions of the immune system are, therefore, unlikely. The problem is that too little is known about the exact potential of these stem cells. Their isolation and reproduction can cause difficulties.

Blastocysts – a very early stage in the division process of a fertilized egg – are a further source of stem cells. From blastocysts it is possible to obtain embryonal stem cells, which, based on current scientific knowledge, are more versatile than adult stem cells. The two known points of origin are either early embryos left over from in vitro fertilization or therapeutic cloning. If they are derived from artificial insemination there is the danger, however, that the tissue produced from these stem cells will be recognized as foreign by the immune system of the recipient, which could trigger a defense reaction.

This is not the case with the second alternative, therapeutic cloning. With this method, the cell nucleus of a patient’s fully differentiated body cell is transferred to an egg cell whose nucleus has been removed. The desired tissue for the patient can then be reconstructed from the embryonal stem cells of the resulting blastocyst. Since the donor and the recipient are identical, there will be no immunological problems.

Although this procedure may sound simple, it is anything but routine. There are still many open questions that Ian Wilmut and his Gene Expression and Development Department at Roslin must resolve. For example, scientists are only beginning to understand which factors control the reprogramming of the cell nucleus. This is necessary because the nucleus is taken from a fully differentiated, and thus specialized cell that makes use of only a part of all available genes. Sometimes cell division does not even occur after nuclear transfer. It is clear, however, that the proteins in the cytoplasm of the egg cell play an important role.

Ian Wilmut and his team hope to gain a better understanding of the basic principles of reprogramming with the help of cloning experiments using mice. “General questions can be answered much faster with mice than with sheep or cattle because they develop more rapidly,” explains Wilmut. His co-workers are working with the cell nuclei from a variety of donor cells. After transferring these nuclei into the egg cells whose nuclei have been removed, the researchers investigate the influence of the foreign cell nuclei on the functions of the egg cells and compare these findings with the development of “normal” egg cells. Here they pay special attention to the proteins at the chromosomes to see, for example, the influence of histones and their modifications, which occur as soon as the development program stored in the DNA begins.

Scientists at Roslin Institute are also involved in preparations to produce human embryonal stem cells. They have submitted their concept to government authorities and are waiting for approval. Besides being a source of replacement body parts, Ian Wilmut sees further potential for embryonal stem cells produced directly from the patient’s DNA. “Another idea is to develop an individually specialized efficacy test for drugs. Based on stem cells from a variety of donors, we can investigate possible differences in the metabolism of an active ingredient and thus predict the effect before administering it.”

Ever since Dolly became known, people have conjured up visions of cloned humans. Some have likened Ian Wilmut to Frankenstein who was unable to control his own creation. But Wilmut made it quite clear from the beginning that human reproduction by cloning for him was out of the question – not only because he does not see the sense of it, but especially because cloning involves too many risks. Dolly was, after all, a lucky break after 277 experimental attempts. And even if the production of healthy clones is mastered one day, the British embryologist still rejects human cloning. “The psychological problems that patients would face after discovering that they are a carbon copy of another person are reason enough.” And what if someone else would do it one day? Would Ian Wilmut feel responsible since his basic research paved the way for this development? “Not at all,” he says emphatically, citing the problem of traffic casualties every year. “Should we hold Gottlieb Daimler accountable just because he was one of the pioneers of automobile construction?”

Even if the production of healthy clones is mastered one day, the Prof. Wilmut still rejects human cloning. "The psychological problems that patients would face after discovering that they are a carbon copy of another person are reason enough."