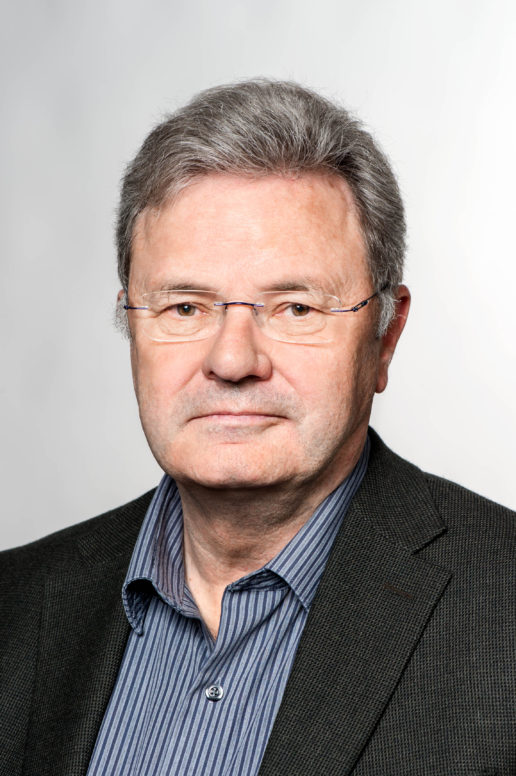 Professor Wolfgang Baumeister has opened up a new perspective on cell biology: With fascinating images of rapidly frozen cells, he can create spatial, i.e. three-dimensional representations of protein structures and from there even derive information about the molecules’ sequence of movements. For these landmark developments of the so-called cryo-electron tomography, the director at the Max Planck Institute for Biochemistry in Martinsried is awarded the 50,000 Ernst Schering Prize 2006.

How does a virus enter a cell where it begins its fatal proliferation? How do bacteria and amoebae move? These are some of the questions that Professor Dr. Wolfgang Baumeister will soon be able to answer in detail. With his development of the cryo-electron tomography, the biologist opens up a new door in cell research and provides new insights into the nano world of the cell, as it allows imaging of thousands of tiniest protein complexes and other structures in a cell simultaneously?even in 3D.

“This fascinating new technology will make a decisive contribution to our understanding of the functioning of the cell,” says Dr. Monika Lessl, Member of the Board of Directors of the Schering Stiftung. The cells are rapidly frozen and thus solidified in a natural state. Even the movements of the proteins are frozen and can be reconstructed from several images. Apart from its importance for basic research, Baumeister also sees medical applications in the future: “In the long term, the cryo-electron tomography will help us discover pathological mutations in the pattern of molecular interaction. We will also be able to describe the influence of therapeutic agents on the interactions.”

In recent years, Baumeister has given depth to the two-dimensional images of the cellular “interior furnishings” provided by traditional electron microscopy: Together with his research team, the director of the Department of Molecular Structural Biology adapted the technology of medical computer tomography to the electron microscope. First, a cell is being photographed from various perspectives. The computer then assembles the individual images to a three-dimensional image.

Professor Dr. Jürgen Mittelstraß, director of the Konstanz-based Center for Philosophy and Theory of Science and chairman of the Foundation Council of the Schering Stiftung, is convinced: “The technology developed by Baumeister has enormous potential. His work will greatly advance the scientific understanding of how life works.”

"The technology developed by Baumeister has enormous potential. His work will greatly advance the scientific understanding of how life works."

09.2006, Professor Dr. Jürgen Mittelstraß, director of the Konstanz-based Center for Philosophy and Theory of Science and chairman of the Foundation Council of the Schering Stiftung