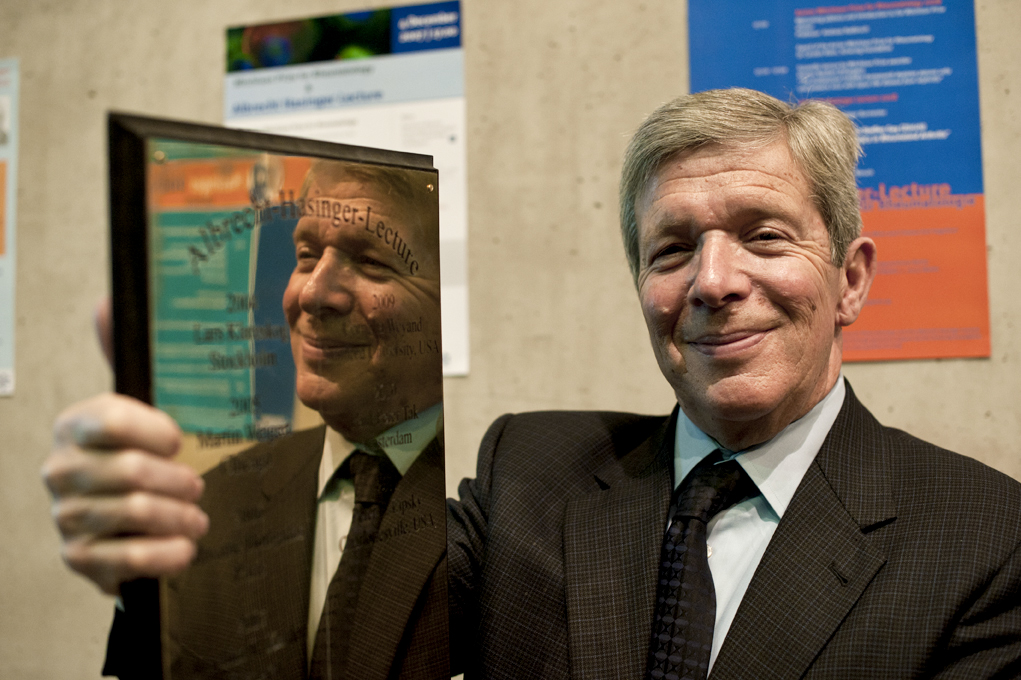 This year’s lecture will be given by Dr. Peter E. Lipsky (Charlottesville, VA, USA).

After receiving his medical degree from the New York University School of Medicine and completing residency training at the StrongMemorialHospital in Rochester, New York, Lipsky became a Clinical Associate at the National Institute of Allergy and Infectious Diseases, NIH in 1971. For the next four years, Lipsky received clinical training in rheumatology, allergy and infectious diseases and carried out research on the role of antigen presenting cells in initiating and regulating immune responses. In 1975, Lipsky moved to the University of Texas Southwestern Medical Center at Dallas, initially as an Instructor in Internal Medicine and progressing to the rank of Professor of Internal Medicine and Microbiology in 1983.

Later appointments at SouthwesternMedicalCenter included Director of the HaroldCSimmonsArthritisResearchCenter, Co-Director of the Immunology Graduate Program, and Director of the Rheumatic Disease Division of the Department of Internal Medicine. Lipsky was named the Harold C Simmons Professor in Arthritis Research in 1995. From 1999-2004, he served as the Director of the Intramural Research Program at the National Institute of Arthritis and Musculoskeletal and Skin Diseases and also as the founder and the Chief of the Autoimmunity Branch in NIAMS.

“Despite recent advances in the treatment of rheumatic diseases, current therapy remains imperfect. Biologic agents are not available to all because of cost, and in those receiving these products, remissions are uncommon, adverse events are too frequent and loss of efficacy because of immunogenicity is a progressive problem. Deductive science aimed at identifying new targets of therapy has produced new candidate treatments that are in development. Another source of new therapies is the large numbers of herbal products that have been used for years in traditional medicine. One of these is an extract of the deciduous vine Tripterygium wilfordii Hook F(TwHF, thundergod vine, Lei gong teng), which has been used in traditional Chinese medicine for more than 500 years. Although clinical experience suggests efficacy in a number of inflammatory conditions, the mechanism of action of this material as well as its impact on specific diseases have not been well documented. A research program was, therefore, undertaken to: 1. Identify the mechanism of action of extracts of TwHF; 2. Determine the active components; 3. Standardize growth and extraction procedures; and 4. Confirm efficacy in rheumatoid arthritis by controlled clinical trials. Through a series of in vitro and in vivo experiments, the mechanism of action of extracts of TwHF was demonstrated to involve the inhibition of transcription of a number of pro-inflammatory genes by interference with the activity of the transcription factors AP-1, NFAT and NF-KB. Although the extract contained more than 300 components, its activity could be ascribed to a small group of diterpenoid triepoxides, of which triptolide and tripdiolide were the major contributors. Standardization of the extraction procedure using sequential ethanol and ethyl acetate as well as controlled cultivation of single cultivar plants yielded a highly reproducible extract. Finally, to document efficacy in rheumatoid arthritis, controlled trials comparing the extract to placebo as well as an active comparator demonstrated significant clinical benefit and protection against radiographic progression. Benefit paralleled a significant decline in IL-6 levels. The efficacy of extracts of TwHF suggests that this material might be a useful therapy for rheumatoid arthritis and other rheumatic diseases and definitive trials are planned to test this possibility.”

Dr. Anna-Barbara Stittrich from the German Rheumatism Research Center Berlin is awarded the Avrion Mitchison Prize 2011 for her work on „MicroRNA as new therapeutic target to treat rheumatoid arthritis“.