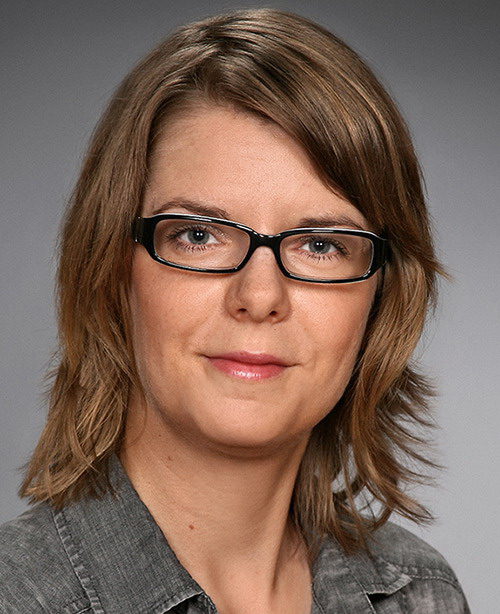 Dr. Anna-Barbara Stittrich will receive the 2011 Avrion-Mitchison-Preis of the GermanRheumatismResearchCenter in Berlin for her research work „The microRNA miR-182 is induced by IL-2 and promotes clonal expansion of activated helper T lymphocytes“. Stittrich studied at and received her PhD in Biology from the Humboldt Universität zu Berlin. First a Post Doc in the research group for „Cell Biology“ at the DRFZ, she is now Research Assistant at the DRFZ since February 2011. At the award ceremony she will talk about the „MicroRNA as new therapeutic target to treat rheumatoid arthritis“.

„Rheumatoid inflammation is characterized by a strong immune reaction which is directed against the body’s own constituent parts and controlled by T helper (TH) lymphocytes. The amount of activated TH lymphocytes plays an important role – more cells lead to more severe inflammation.

The protein Foxo1 represents an important molecular switch that regulates proliferation of TH lymphocytes. Foxo1 slows down proliferation. Until now it was not exactly clear how Foxo1 is regulated. Together with my colleagues I analyzed how translation of the genetic Foxo1 blueprint, the Foxo1-desoxyribonucleic acid (DNA), into the functional Foxo1 protein is regulated.The translation takes place via an intermediate product, the so-called messenger ribonucleic acid (mRNA). We could demonstrate that Foxo1 mRNA is inactivated by a small regulatory ribonucleic acid, a microRNA, under certain circumstances. This microRNA is called microRNA-182 (miR-182) and is induced upon activation of TH lymphocytes. By perturbing production of the Foxo1 protein, miR-182 promotes proliferation of TH lymphocytes.

Foxo1 is repressed during rheumatoid inflammation and we found that miR-182 strongly contributes to this repression. In other words, miR-182 counteracts the deceleration of TH lymphocyte proliferation, thus fueling inflammation. We then searched for a possibility to switch off miR-182. We managed to do so by using special short nucleic acids that were cunningly brought inside the cells. With this approach, miR-182 could be neutralized in an animal model of rheumatoid arthritis, what reduced proliferation of activated TH lymphocytes by 70% and drastically ameliorated the rheumatoid inflammation.“

In conclusion, Stittrich explains the importance of her research:

„For the first time, I could show in my research that a microRNA plays an important role in the increase of active TH lymphocytes. By blocking this specific microRNA miR-182, the excessive and unwanted increase of TH lymphocytes during an acute attack of rheumatism could be inhibited. Thus, the attacks could be averted or at least eased, eventually decelerating the worsening of the disease.”

The Avrion Mitchison Prize, which is funded by the Schering Stiftung, is presented in conjunction with the Albrecht Hasinger Lecture at the German Rheumatism Research Center (DRFZ).