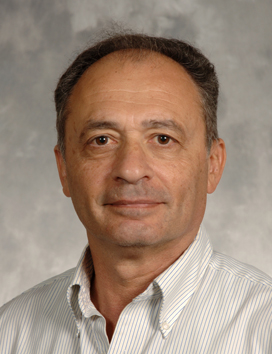 This year’s Bohlmann Lecture will be presented by Prof. Dr. David Milstein from the Department of Organic Chemistry at the Weizmann Institute of Science, Rehovot/Israel.

David Milstein, received his PhD degree at the Hebrew University of Jerusalem in 1976 with Prof Blum. He carried out postdoctoral research at Colorado State University, where, together with his advisor John Stille, he discovered the Stille Reaction. In 1979 he joined the DuPont Company in Wilmington, Delaware, where he became a Group Leader in the homogeneous catalysis area. In 1987 he accepted a professorial appointment at the Weizmann Institute of Science, where he was Head of the Department of Organic Chemistry in 1996-2005. In 2000 he became Head of the Kimmel Center for Molecular Design. He is the Israel Matz Professor of Organic Chemistry since 1996.

Prof. Milstein on his lecture:

“The design of ”green” synthetic methodology and new approaches to sustainable energy are major goals of modern catalysis. We have developed a new approach to bond activation by metal complexes, involving metal-ligand cooperation of pincer-type complexes, and have discovered several environmentally benign catalytic reactions, including (a) ruthenium-catalyzed dehydrogenative coupling of alcohols to form esters and H2 (b) hydrogenation of esters to alcohols under mild conditions (c) coupling of amines with alcohols to form amides with liberation of H2 (d) selective synthesis of primary amines directly from alcohols and ammonia (e) direct formation of acetals by dehydrogenative coupling of alcohols (f) generation of imines and hydrogen by coupling of alcohols with amines (g) dehydrogenative amidation of esters (h) dehydrogenative acylation of alcohols with esters (i) hydrogenation of amides to amines and alcohols (j) mild iron-catalyzed hydrogenation of ketones to alcohols (k) iron catalyzed CO2 hydrogenation to formate salts (l) hydrogenation of CO2-derived organic carbonates, carbamates, ureas and formates as alternative routes for the conversion of CO2 to methanol (m) catalytic transformation of alcohols to carboxylic acid salts using water as the terminal oxidant.
These reactions are efficient, proceed under neutral conditions and produce no waste. Mechanistically, these reactions involve aromatization – dearomatization of the hetero-aromatic pincer-ligand core. Metal-ligand cooperation of this type has led also to a distinct stepwise approach towards water splitting, based on consecutive thermal H2 generation and light-induced O2 liberation, using no sacrificial oxidants or reductants, and involving a new O-O bond-forming step.”

The Schering Stiftung supports the Bohlmann-Lecture in order to strengthen the international networking of scientists and to make renowned experts visible as role models for young scientists. Moreover, the Lecture makes it possible for a broader public to learn about the latest scientific findings.

The lecture will be followed by the award ceremony of the Schering Prize 2012 for outstanding dissertations in chemistry, which is also funded by the Schering Stiftung.

Dr. Butschke from the Institute of Chemistry at the Technical University Berlin is awarded the Schering Prize 2012 for his research on “Mechanistic Studies on Metal-Mediated Bond-Activation Reactions in Gaseous Ions”.