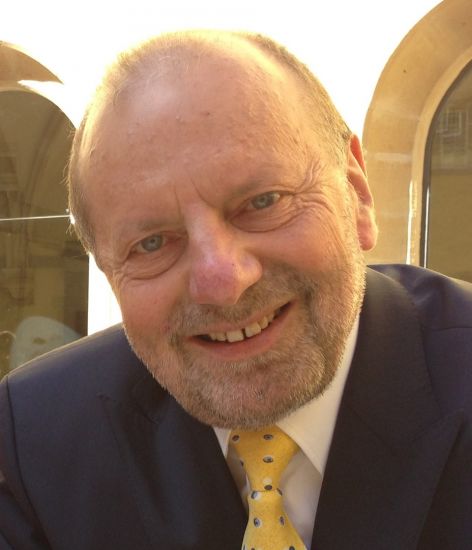 This year’s Bohlmann Lecture entitled “Acetylene and Cumulene Scaffolding: From Optoelectronic and Chiroptical Molecular Materials to Supramolecular Systems,” will be presented by Prof. Dr. François Diederich of the Department of Chemistry and Applied Biosciences (D-CHAB) at ETH Zurich.

After his habilitation in 1985, he joined the faculty of the Department of Chemistry and Biochemistry at UCLA as an associate professor, before becoming a full professor of Organic and Bioorganic Chemistry in 1989. Since 1992, he has been a professor at the Laboratory of Organic Chemistry at ETH Zurich. He and his research group are above all interested in molecular recognition and supramolecular chemistry, the structure-based design of nonpeptidic enzyme inhibitors as well as advanced materials based on carbon-rich acetylenic molecular architecture.

Acetylene and Cumulene Scaffolding: From Optoelectronic and Chiroptical Molecular Materials to Supramolecular Systems

The Ernst Schering Stiftung supports the Bohlmann Lecture in order to strengthen the international networking of scientists and to make renowned experts visible as role models for young scientists. Moreover, the Lecture makes it possible for a broader public to learn about the latest scientific findings.

The lecture will be followed by the award ceremony of the Schering Prize 2013. The 5,000-euro prize is given for outstanding dissertations in chemistry and is also funded by the Schering Stiftung. This year’s prize winner is Dr. Bartlomiej Krawczyk.

Dr. Krawczyk from the Institute of Chemistry at the Technical University of Berlin is awarded the Schering Prize 2013 for his research on "Discovery, characterization and biosynthesis of novel class III lantibiotics”.