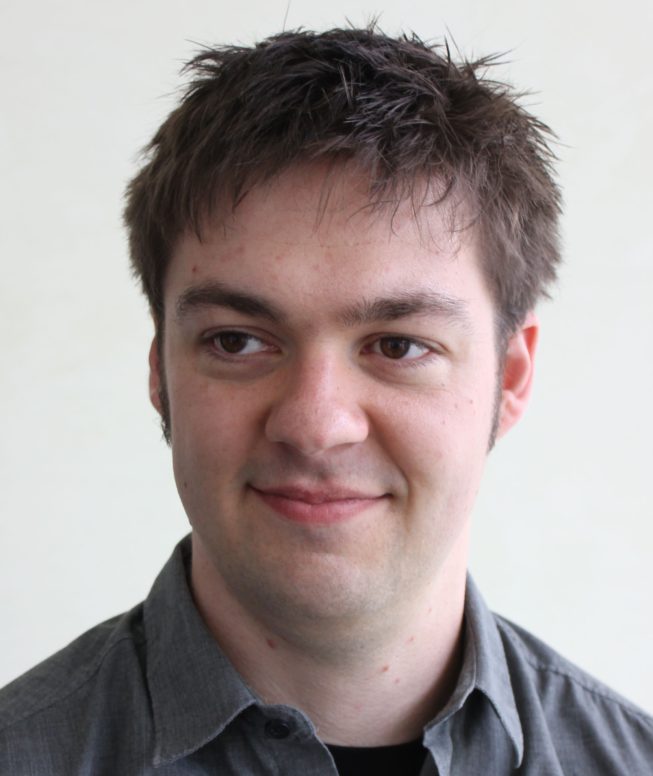 The Schering Prize 2011 goes to Dr. Moritz F. Kuehnel for his dissertation on “Metal Hydride-Induced Hydrodefluorination of Fluorinated Alkenes and Allenes,” which he completed at the Free University of Berlin under the supervision of Prof. Dr. Dieter Lentz.

Moritz F. Kuehnel was born in Berlin, Germany in 1980. He was educated at Gymnasium Steglitz (Berlin) and Melbourne Grammar School (Victoria, Australia) and received his Abitur in 2000. He studied Chemistry at the Freie Universität Berlin, where he also worked as an undergraduate teacher. In his Diploma project with Dieter Lentz, he explored the organometallic chemistry of fluoroallenes. Kuehnel stayed in the Lentz group for his doctoral studies and became a fellow of the interdisciplinary Research Training Group “Fluorine as the key element”. His dissertation in fluorine chemistry focused on the transition metal-catalysed activation of carbon-fluorine bonds.

His 2010 publication in Angewandte Chemie was honoured as “Best Publication in Fluorine Chemistry 2010/2011” by the GDCh Fluorine Chemistry Division. In addition to his doctoral studies, Kuehnel worked as a freelance author for Wiley-VCH and Meyers Online Encyclopaedia. After receiving his Ph.D., he moved to the Humboldt-Universität zu Berlin and took up a postdoc position in the group of Thomas Braun, to investigate the functionalisation of fluorinated molecules in the coordination sphere of transition-metal complexes. Recently, Kuehnel joined the group of Erwin Reisner in Cambridge (UK) as a postdoc to design novel catalysts for CO2 activation.

The stability of carbon-fluorine bonds has proven to be a mixed blessing. The benefits of organofluorine chemistry in controlling the chemical resistance of functional polymers like Teflon® and the metabolic properties of pharmaceuticals is contrasted by the long-term environmental persistence of pollutants such as CFCs and PFOAs. The selective cleavage of C-F bonds is regarded as a major challenge in organometallic chemistry. Beyond the deactivation of hazardous chemicals, it is expected to provide a promising means to convert readily available perfluorinated feedstocks into valuable partly fluorinated building blocks for organic synthesis.

This dissertation has shown that carbon-fluorine bonds in tetrafluoroallene can be cleaved and converted to carbon-hydrogen bonds (hydrodefluorination reaction, HDF) by reaction with a zirconium hydrido complex to afford the corresponding zirconium fluorido complex. This strategy offers a new synthetic approach to the previously hardly accessible compounds trifluoroallene and 1,3-difluoroallene, which exhibit unusual structures. 1,3-Difluoroallene is chiral, i.e., similar to life’s building blocks, it can exist in two mirror-image forms (enantiomers). The synthesis of a chiral zirconium hydrido complex allowed for the first enantioselective HDF reaction, in which the formation one of the enantiomers is preferred.

Since chemically related titanium fluorido complexes can be converted to titanium hydrido complexes using a suitable reagent, a cyclic process has been developed that requires only catalytic amounts of titanium. This system, however, proved to be little efficient for the HDF of tetrafluoroallene. Reactivity studies employing different hydrido complexes attributed this lack of activity to the structure of the allene rather than to the catalyst. Consequently, this catalyst was shown to exhibit an excellent performance in the HDF of fluoroalkenes, which exceeds all previous systems with respect to efficiency, rate, scope and cost. Mechanistic studies indicate a titanium(III) hydrido complex as the active species that forms a fluorido complex upon reaction with the substrate. The observed product distribution can be explained by two competing reaction mechanisms.

On November 2nd, 2012 at 4.15 p.m. the Bohlmann Lecture is hold by Prof. Dr. David W.C. MacMillan from the Princeton University, New Jersey on “New Catalysis Concepts".