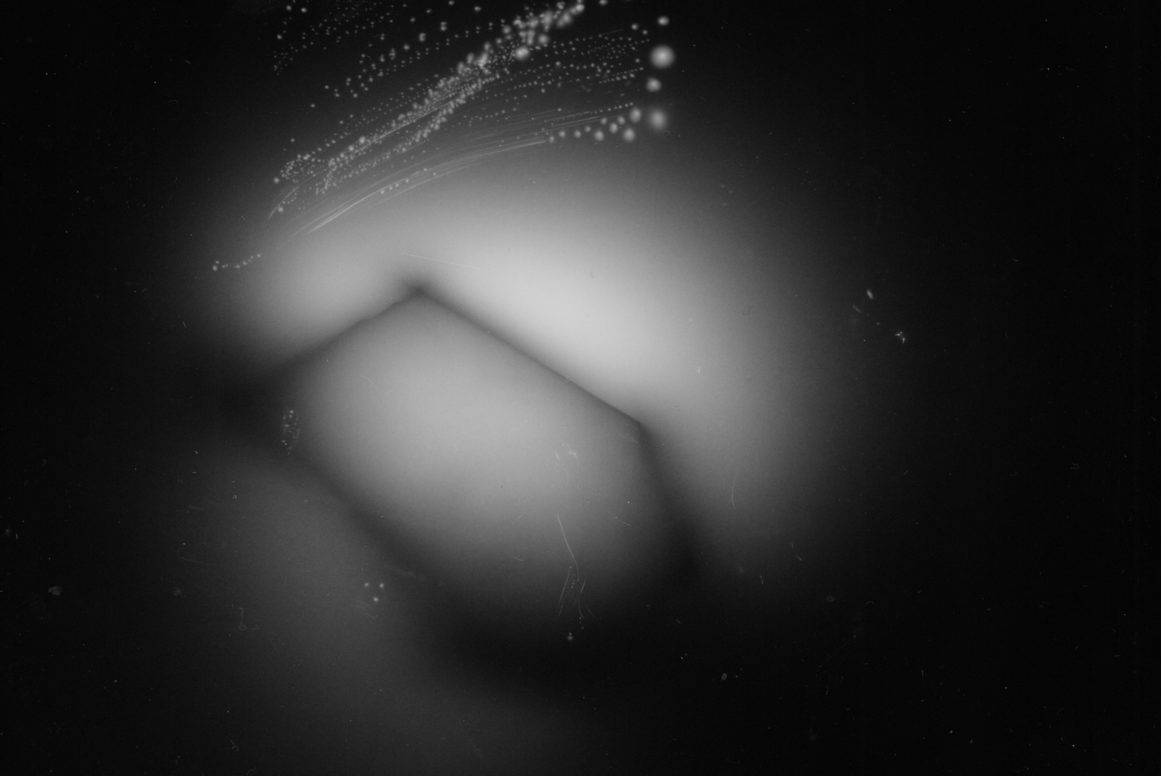 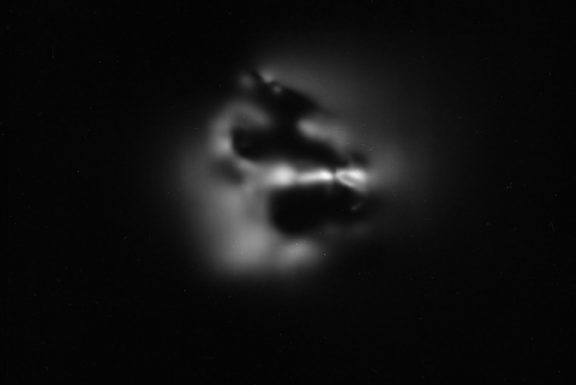 The Schering Stiftung is pleased to present the new work “Pechblende (Chapter 1)” by Susanne Kriemann. Centered on the mineral pitchblende (uraninite), the exhibition of the Berlin-based artist narrates the history of scientific and photographic processes through the interconnected sites of laboratory, archive, museum, and mine.

The highly radioactive and uranium-rich pitchblende was extensively mined in the Ore Mountains of the former German Democratic Republic between 1946 and 1989, which made the GDR the third largest uranium producer in the world and helped facilitate the nuclear armament of the USSR. The restoration of the landscape, which began after the fall of the Berlin Wall, is expected to be finished by 2045. The continuing radiation is increasingly forgotten.

In “Pechblende (Chapter 1)”, Susanne Kriemann reflects on the artistic possibilities of making the invisible visible. She employs both analog photographic methods and auto-radiography – a technique in which light-sensitive material is directly exposed to radioactive objects. Combining her auto-radiographs with archival material and museum objects, the artist literally illuminates the radiation that is capable of remaining invisible despite the light it emits.

In parallel with this exhibition, the prologue to Susanne Kriemann’s work can be viewed at Prefix Institute of Contemporary Art, Toronto, until March 26, 2016. In “Pechblende (Prologue)”, the artist combines her own auto-radiographs and photograms with archival images drawn from various sources, including aerial and scientific photographs that demonstrate how animal, plant and human life is contaminated by radiation.

The Berlin-based artist will be joined in conversation by artist and publisher Banu Cennetoğlu (Berlin/Istanbul).

40 Years of Uranium Mining in the Ore Mountains 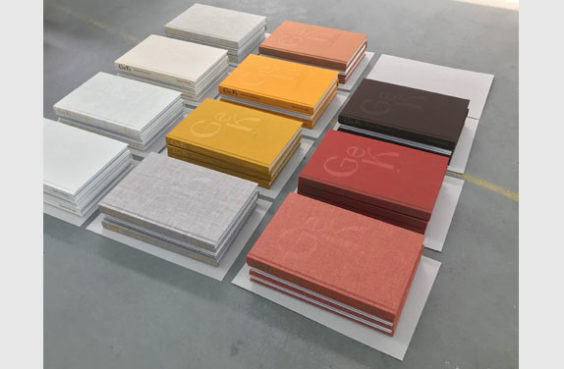 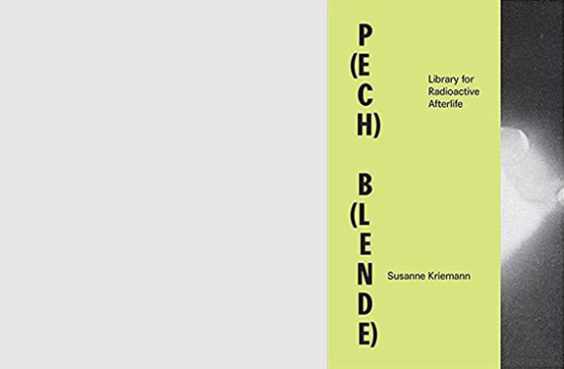 A project in cooperation with Prefix Institute of Contemporary Art, Toronto and Image Knowledge Gestaltung, Cluster of Excellence at Humboldt-Universität zu Berlin, supported by Kunstfonds Bonn.
We thank Lutz Seiler, the American Museum of Natural History, New York, the Museum für Naturkunde, Berlin, and the Museum Uranbergbau, Bad Schlema, for their kind support. 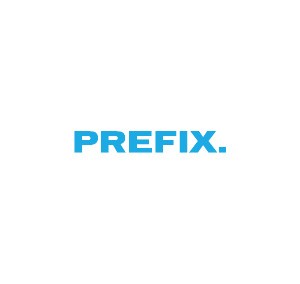 Susanne Kriemann, born in Erlangen, Germany, in 1972, is an artist living and working in Berlin. She studied under Joseph Kosuth and Joan Jonas at the Akademie der Bildenden Künste (Stuttgart) and later attended the ‘programme de recherche’ at the Ecole Nationale Supérieure des Beaux Arts (Paris). In her expansive works, she often combines her own images with collected and found photographs in order to investigate issues of historiography, archival knowledge, and the connections between art, literature and archaeology. Her work has been exhibited in solo exhibitions across Europe, including at the Künstlerhaus Stuttgart, Kunsthalle Winterthur, Arnolfini Center for Contemporary Arts (Bristol) and 21er Haus (Vienna). In addition to her installations, she has published numerous artist books, including Duskdust (Sternberg Press, 2016), Ray (Roma, 2014), Ashes and broken brickwork of a logical theory (Roma, 2011) and One Time One Million (Roma, 2009). A recent visiting scholar at Parsons The New School of Design (New York), she has served as an advisor at the Jan Van Eyck Academie (Maastricht, The Netherlands) since 2013.