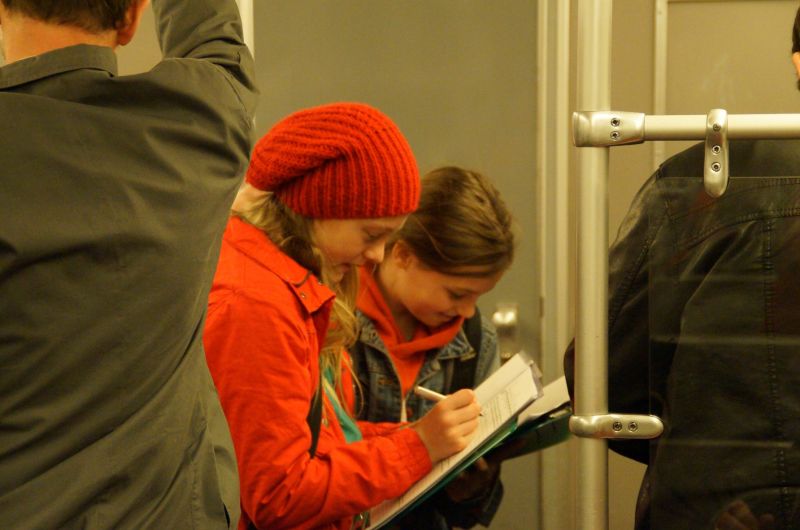 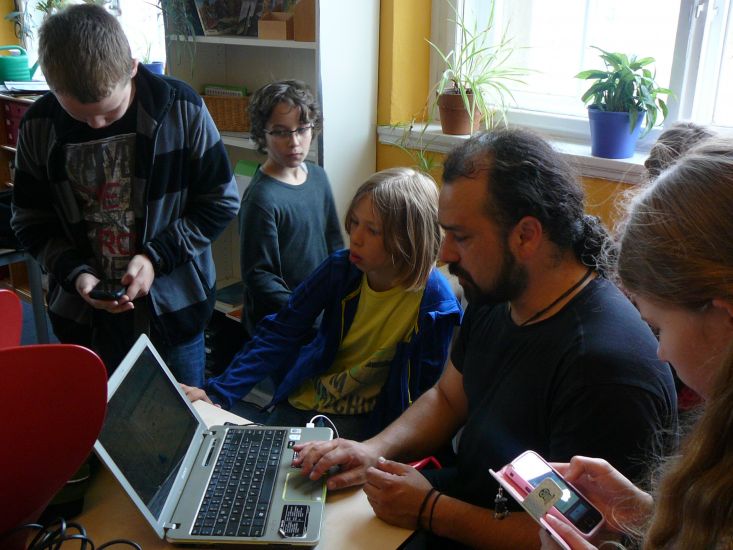 26.05.2014, Berlin | On June 4, 2014, at 4 p.m., the students of the Pettenkofer Primary School will present their play “Line 5 Stories from the Subway.” Based on observations, photographs, and writing exercises that deal with Line 5 of Berlin’s subway system, the children, under the supervision of teachers and artists, developed a play about the city of Berlin.

For their play “Line 5 Stories from the Subway,” 75 children from grades 4 through 6 travelled by subway and observed the people who used the subway. They have produced a collage of little stories that happen every day in the Berlin subway. Using their imaginations, the students turned their observations into texts, poems, and sound collages, and made up scenes and songs that they put together to compile an entertaining play. The Schering Stiftung supports the project, since it involves the students aged 9 to 11 in the entire process of developing a theater play, from observing and describing their immediate environment to writing the texts and the score to rehearsing and performing the play. They thus learn to take seriously their own observations and their invented stories and to process them creatively. The students are encouraged and assisted to develop their skills based on their interests and talents.

Tickets for both performances are available at the door on the day of the event.

The development of the play “Line 5 Stories from the Subway” was made possible with support from the Schering Stiftung and the Society for the Promotion of the Pettenkofer Primary School.

Photos: © Anne Sperling and students of the Pettenkofer Primary School