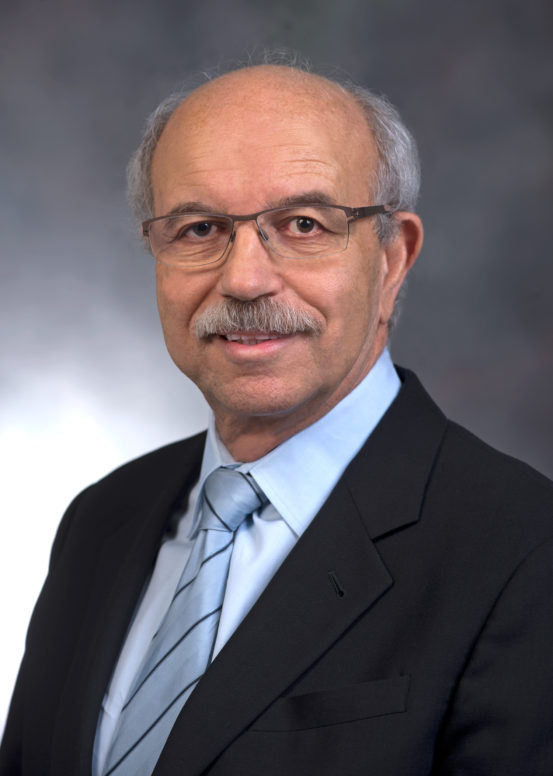 He gained fame throughout the scientific world after synthesizing the anti-cancer substance taxol: the Ernst Schering Research Foundation is now honoring the pioneering achievements of the distinguished synthetic organic chemist Professor Kyriacos C. Nicolaou of The Scripps Research Institute and the University of California at San Diego in La Jolla, California, by presenting him with the Ernst Schering Prize 2001. Coupled with an endowment of 50,000 euro, this prize is among the most remunerative research awards in Germany.

Composers, poets and architects deal with sounds, words and building materials respectively. Not dissimilar to the work of my profession, says Kyriacos C. Nicolaou. “The difference is that we assemble atoms,” explains the synthetic organic chemist from California. And that feat is endlessly creative and no less intricate. The projects of the 55-year-old are devoted to synthesizing natural substances – complex molecular assemblies of nature found, for example, in bacteria, coral and trees. While it can take years to develop such total syntheses in a laboratory, it is worth the monumental effort. Many of the natural substances synthesized by Nicolaou are considered promising candidates for treatment of diseases such as cancer. One that is already successfully used in cancer therapy is taxol, the active substance and namesake of the world’s best-selling cancer treatment, which generated 1.6 billion US dollars in sales in 2000.

In 1994 Nicolaou’s team was among the first to synthesize taxol in a laboratory. Organic chemists had been working on a laboratory synthesis of this complex molecule for more than twenty years. Finally, it yielded to the relentless efforts of the synthetic chemists and became a widely-used drug against cancer.

The successful syntheses of epothilones A and B (1996), eleutherobin and sarcodictyin A (both in 1997) are further milestones in the history of K. C. Nicolaou’s laboratory at The Scripps Research Institute. These substances were discovered in bacteria and a particular species of coral, respectively. All three are considered potential anti-cancer agents. As with taxol, they influence the behavior of the so-called microtubili. These cellular components play an important role in chromosome separation during cell division and are thus involved in the malignant growth of cancer tissue. The laboratory syntheses have created the prerequisites for further biological investigations and clinical studies.

The total synthesis of vancomycin (1999), an antibiotic discovered in the 1950s whose structure was characterized in 1982, was also accomplished at Scripps. The extremely complicated laboratory synthesis, for which Nicolaou’s team had to develop a number of new methods and strategies, was first achieved in the late 1990s.

The comparison with an architect is obvious. “The difference is that our building materials are atoms and groups of atoms that we must arrange in the desired order,” says K. C. Nicolaou, one of the world’s preeminent synthetic organic chemists. The challenge of installing a methyl group or a ten-membered ring to its proper position in a molecule is absolutely comparable to inserting a window in a facade in just the right way, which was a particular talent of the Italian architect Andrea Palladio. As Nicolaou says about a particular problem of chemists: “Nature has designed molecules that chemists never could have dreamed because of the limitations of our imagination.” Professor Nicolaou has received a number of national and international awards for his trailblazing work as well as honorary doctorate degrees from seven universities. He is the author or co-author of more than 500 publications and two books. His syntheses of natural products, whose accomplishment he likes to compare to a chess game, have often only been possible after the introduction of completely new procedural steps. As a result, he also holds more than 60 patents.

Synthetic chemists are indispensable to the pharmaceutical industry and biotechnology and may soon be in even higher demand. The enthusiasm about deciphering the human genome is tied to the hope of being able to identify countless new target proteins for drug discovery based on this genetic information. This work will accelerate the search for innovative active compounds that may very well be of natural origin or resemble nature’s molecules.

Many active substances known today were once derived from nature. For instance, salicin obtained from the bark of willow trees led, in 1899, to the launching of the now famous pain reliever, Aspirin. And what began with an antibiotic extracted from a mold, penicillin, has also continued over the years: the paradigm of penicillin, the first antibiotic to be isolated from natural sources, continues to this day to provide new weapons against disease. Nearly all antibiotics have their origins in naturally occurring molecules, which chemists have modified and optimized.

This is where laboratory synthesis plays a pivotal role: as soon as a natural molecule can be synthesized, similar, but slightly altered molecules are easily accessible through the developed synthetic route. With combinatorial chemistry it is possible to produce a multitude of different molecules whose efficacy can be tested quickly and efficiently by high-throughput screening. Scientists are investigating compounds that may be far more effective than their respective natural substances. In the case of the epothilones, for example, Nicolaou has already developed a synthetic process which makes it possible to produce large epothilone libraries for biological screening using simple methods.

K. C. Nicolaou is modest about the medical significance of his work. “To develop a new drug or to enable its mass production may be welcome benefits of our research. These are the primary goals of the pharmaceutical industry and biotechnology. But I feel that the most important mission of us academicians is to carry out basic research and educate young people, both of which facilitate the useful applications of our work by the industrial sector.” The search for a way to synthesize a molecule is sometimes comparable to Odysseus’ voyage?a 10-year-long odyssey that in addition to the many challenges also brought the king of Ithaca much knowledge and wisdom. Nicolaou: “It’s the same with us. Reaching the target is not necessarily the most significant outcome of a total synthesis; it is the discoveries and inventions made along the way that count the most.”

"Reaching the target is not necessarily the most significant outcome of a total synthesis; it is the discoveries and inventions made along the way that count the most."