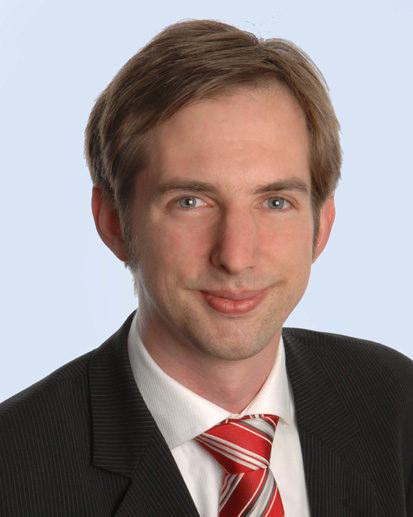 Dr. Tobias Schalow from the Fritz Haber Institute of the Max Planck Society in Berlin is awarded the Schering Prize 2006 for his research on “Model studies describing the relationship between microscopic structure and activity of heterogeneous Pd catalysts”.

In many cases, it is assumed that the activity of supported metal catalysts in oxidation reactions sensitively depends not only on the size and the morphology of the active metal particles, but also on the chemical nature of the oxygen species. Depending on oxygen pressure and temperature the formation of various oxygen species, e.g. chemisorbed oxygen, two-dimensional surface oxides or bulk metal oxides, has been observed on transition metal single crystal surfaces. It has been shown that the formation of such oxides is connected to strong changes in the catalytic activity.

In this study, the formation of various oxygen species on a Pd/Fe3O4/Pt(111) model catalyst was investigated on a microscopic level within a wide range of parameters by combining well-defined model catalyst surfaces with molecular beam experiments, infrared reflection absorption spectroscopy and photoelectron spectroscopy.

While oxygen predominantly chemisorbs on metallic Pd particles at temperatures below 450 K, for oxidation temperatures above 500 K large amounts of oxygen can be stored in a Pd oxide layer which is preferentially formed at the particle/support interface. The oxide layer can be reversibly accumulated and depleted and therefore acts as a reservoir providing oxygen for surface reactions. As expected for an interface-controlled process, a strong particle size dependence of the oxygen storage capacity of the Pd particles is observed: While for small particles the oxygen storage capacity is limited by the amount of Pd available for oxidation, for large particles strong kinetic hindrances and a limited amount of accessible interface sites inhibit the storage process. As a result, a pronounced maximum in oxygen storage capacity is found for particles of about 7 nm in diameter.

Finally, it has been shown that the reaction probability for CO oxidation involving surface and interface oxides is substantially lower compared to chemisorbed oxygen on metallic Pd surface areas. Therefore, the formation of Pd oxide species drastically lowers the activity of the model catalyst.