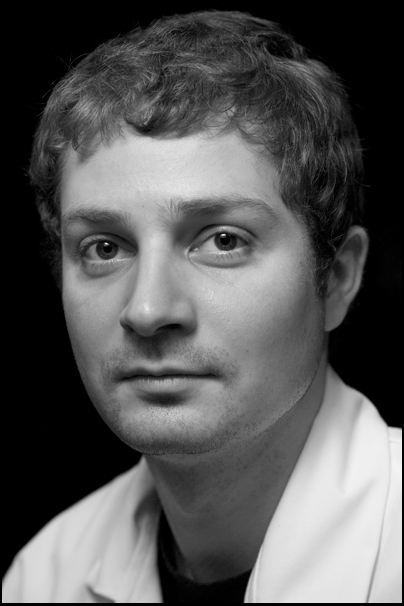 Dr. Matthias Karg from the Institute of Chemistry at the Technical University of Berlin is awarded the Schering Prize 2009 for his research on “Multi-Responsive Hybrid Colloids Based On Microgels And Nanoparticles”.

“Multi-Responsive Hybrid Colloids Based on Microgels and Nanoparticles”

Dr. Matthias Karg receives the 2009 Schering Prize for his dissertation on „Multi-Responsive Hybrid Colloids Based on Microgels and Nanoparticles”, which he completed under the supervision of Prof. Dr. Thomas Hellweg and Prof. Dr. Regine von Klitzing at the Stranski Laboratory of Physical and Theoretical Chemistry at the Technical University’s Institute of Chemistry from 2006 until 2009, developing new „smart“ microgels and nanoparticle microgel hybrids.

For the first time Tanaka reported 1977 on hydrogels undergoing a volume phase transition. Since then such “intelligent” or “smart” gels gained an enormous interest. Due to their responsive behavior this class of gels is interesting for different methods of characterization but also for technical or medical applications. A polymer which was used frequently during the last years is made from the monomer N-Isopropylacrylamide (NIPAM). Poly-NIPAM (PNIPAM) undergoes a temperature induced volume phase transition because of its LCST (lower critical solution temperature) behavior. This volume phase transition was studied with detail in the past. Here methods such as light and neutron scattering were used. Currently, especially inorganic/organic hybrid microgels are the topic of numerous publications because they combine the properties of the individual components in a fascinating way. Such a hybrid microgel can benefit for example from the thermoresponsive behavior of the polymer component and optical, catalytic or magnetic properties stemming from the inorganic component. Due to these unique features, these composite systems are interesting for various applications including sensor design, surface coatings and drug delivery.

The presented PhD thesis attends to multi-responsive copolymer microgels and hybrid microgels with different morphologies on the basis of NIPAM. The main goals were the preparation and detailed characterization of new “smart” hybrid systems. Purely organic PNIPAM microgels with different cross-linker densities were synthesized. Their swelling behavior was investigated by various scattering techniques. While the particle size was characterized by means of dynamic light scattering (DLS), small angle neutron scattering (SANS) was used to study the internal morphology. SANS allows the determination of the network correlation length, which is a measure for the network fluctuations. By using neutron spin echo spectroscopy (NSE) the internal dynamics could be measured in dependence of the cross-linker concentration.

The optimization of the synthesis of core-shell microgels with inorganic nanoparticle cores of different compositions was one of the major projects within this work. To study the effect of the core size on the incorporation efficiency and the effect on the swelling behavior of the hybrid, different sized silica particles were employed as core material. Furthermore, core-shell particles with Plasmon resonances were prepared with gold nanoparticle cores. Magnetic properties could be achieved with silica-iron oxide composite cores. These new core-shell hybrids were mainly investigated by DLS and SANS as well as high resolution microscopies. Charged copolymers of NIPAM and allylacetic acid were prepared to study the influence of charge density. These copolymers show a thermoresponsive behavior as well as an enhanced sensitivity towards changes of ionic strength and pH of the dispersion medium. This was studied by DLS. Hybrid microgels with highly pronounced optical features were created by the deposition of positively charged gold nanorods onto the surface of microgel particles. The surface coverage could be tuned over a broad range and the respective optical properties were characterized by UV-vis spectroscopy. The observed shifts of the Plasmon resonance make this particular type of hybrid interesting for the design of new, optical sensors. Besides the sensitivity towards temperature, also pH induced optical responses could be generated.