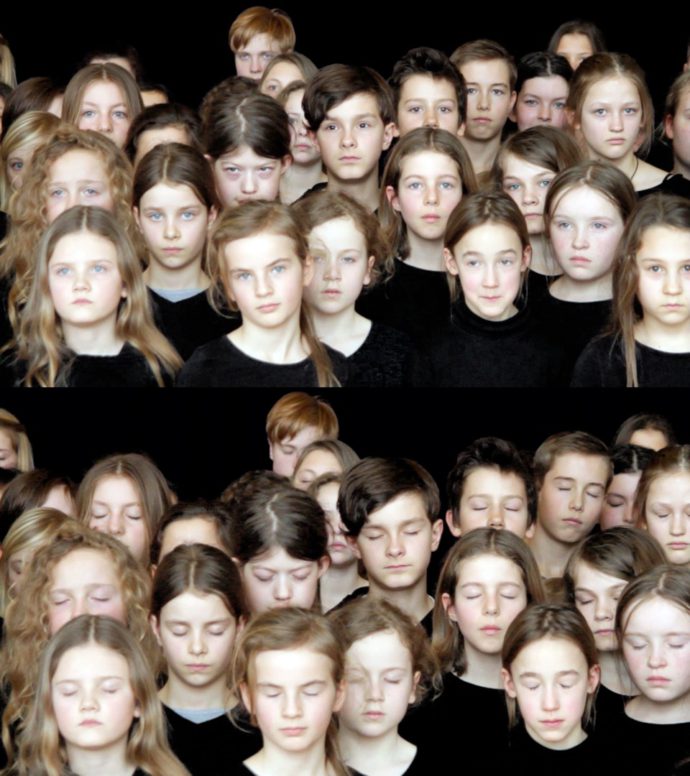 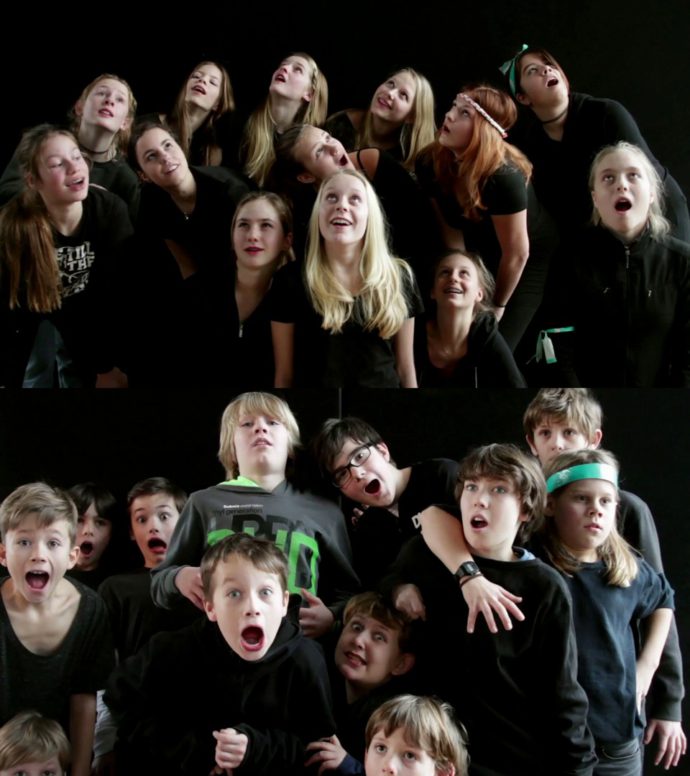 29.04.2015, Berlin | “Everybody is different, nobody is alike” – under this motto, all 650 students of the Wilhelm-von-Humboldt-Gemeinschaftsschule jointly developed the dance theater project “Kontraste” (Contrasts). After rehearsing for an entire school year under the artistic direction of choreographer Yeri Anarika Vargas Sanchez and actress Petra Barthel, they will now show, on May 29, at 12:00 noon, at the Volksbühne am Rosa-Luxemburg-Platz, that they have been able to collaboratively pursue a goal and realize a project despite individual personalities and differences.

The project “Contrasts” familiarized the students of the Wilhelm-von-Humboldt-Gemeinschaftsschule in Berlin’s Prenzlauer Berg district (aged 6 to 15 and taught together in a project-based way) with contemporary dance, theater and video art approaches to enable them to experiment with the interplay of banal and tragic elements, comical and grotesque moments as well as logic and illogic. After getting to know different artistic genres, they had the opportunity to engage with one of them more deeply. They worked, among other things, with texts by Wilhelm von Humboldt, Johann Wolfgang von Goethe, Daniil Charms, and Albert Camus and were assisted by conductor Max Renne in combining classical and contemporary music to create the play’s musical pieces.

The Schering Stiftung supports the dance theatre project of the association UMtanz primarily because of its interdisciplinary approach and because dance has so far played no or only a secondary role at schools.  In her project, the experienced dance educator Yeri Anarika Vargas Sanchez (who dances with Constanza Macras, instructor at the Sasha Waltz Children’s Dance Company) for the first time uses the new art form of video dance. Together with the students, actress and director Petra Barthel develops experimental ways of presenting the texts, thus transforming language into a spatial dimension. The video artist Hannah Dörr projects film recordings of flash mobs onto the stage. The focus of the entire project is on developing a cooperative play aesthetics where all participants – regardless of gender, age and cultural background – learn to perceive each other as individuals and to value and respect each other.

Contrasts – a dance, music, video and theater project involving the entire Wilhelm-von-Humboldt-Gemeinschaftsschule during the 2014/2015 school year – was developed as part of the pilot program “Cultural Agents for Creative Schools,” and supported with funds from the Berlin Project Funds for Cultural Education and the Schering Stiftung.