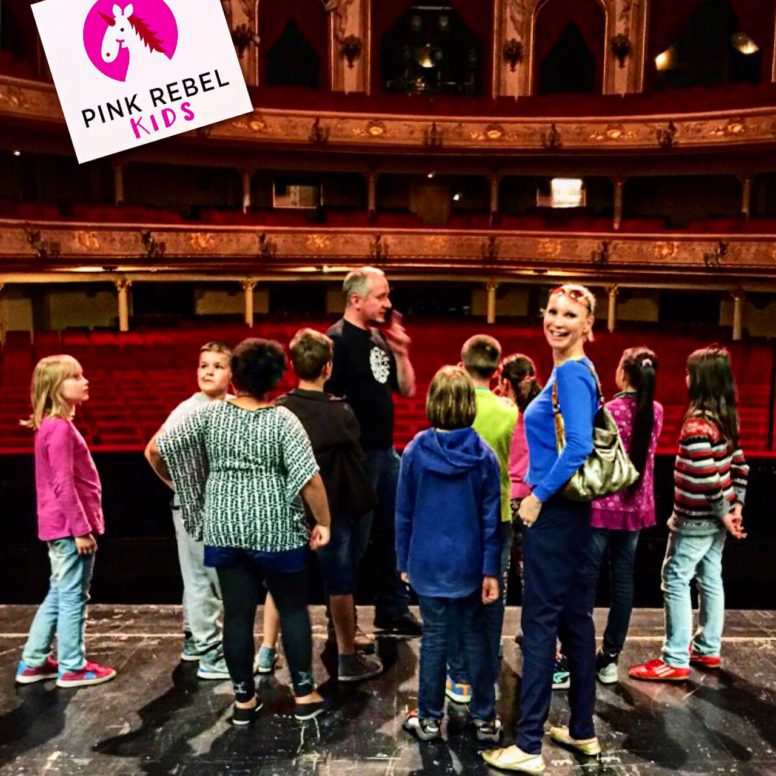 25.06.2015, Berlin | On July 3, 2015, vampires will be hanging upside down in the auditorium of the Theodor Heuss School: elementary level students of the so-called Gemeinschaftsschule will present their play “Kopfüber Vampire wir kommen” (Upside Down Vampires, We’re Coming). Under the direction of opera star Nadja Michael, the association Stimme für die Menschlichkeit (Voice for Humanity), together with the SOS Children’s Village in Berlin-Moabit, continues the project BIG LITTLE OPERA, which is held for the third year with support from the Schering Stiftung.

Developed and designed specifically for children from educationally disadvantaged backgrounds, the project BIG LITTLE OPERA was initiated by the association Stimme für die Menschlichkeit to help children discover and experience the joy of creativity and team work and to get culture “off the pedestal” and into their lives. The children, who have given themselves the name of PINK REBEL KIDS, experience language and their bodies with its inherent rhythms. They discover that everything inside and around us is rhythm and thus music. They playfully develop thematic threads that are currently dominant in their lives. In addition to rehearsal and behind-the-scene visits to an opera house, the research for the play also included the observation of real bats. With the aid of educators and a basic set of instruments, they developed a musical theater performance.

Already the first two productions of BIG LITTLE OPERA have shown that the manifold facets of an opera production – singing, performing on stage, engaging with sound through building and playing instruments, working on the stage set and the costumes – as well as the interaction with professional artists not only serve to give the children a better understanding of music, but also help strengthen their self-confidence and enhance their personal development. The children’s imaginative abilities, creativity, learning and educational skills are effectively nurtured for the long term. The project, which has successfully established itself at the Theodor Heuss School, is to be offered also at other schools in the future.