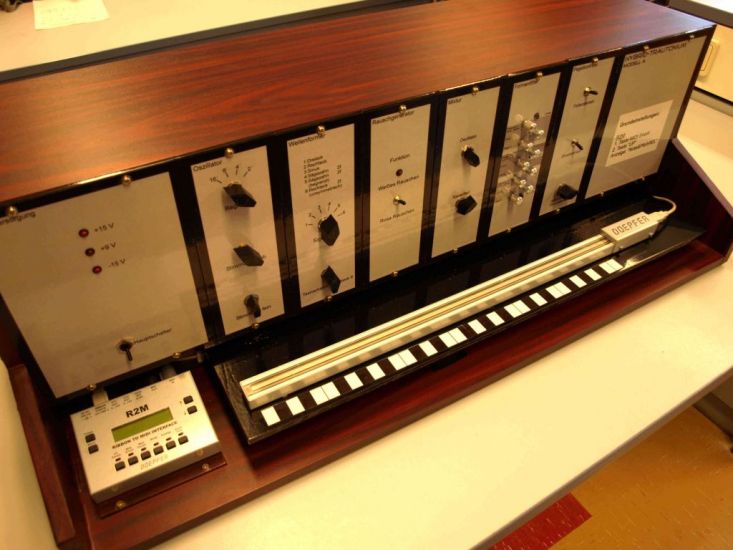 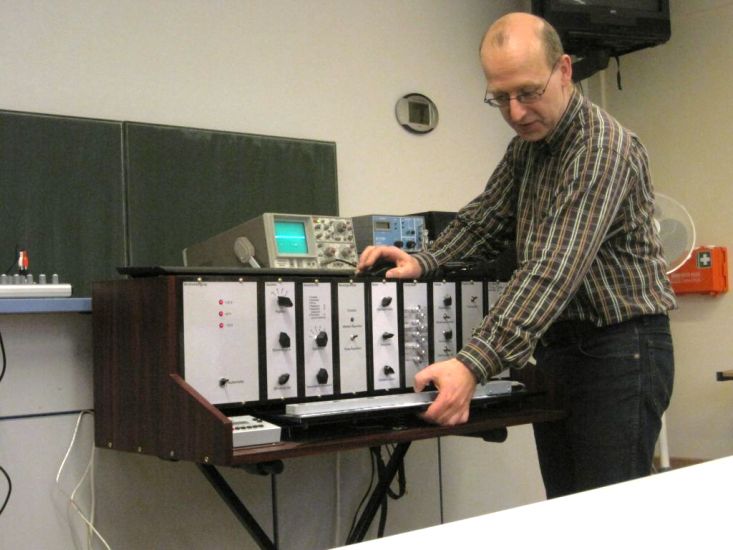 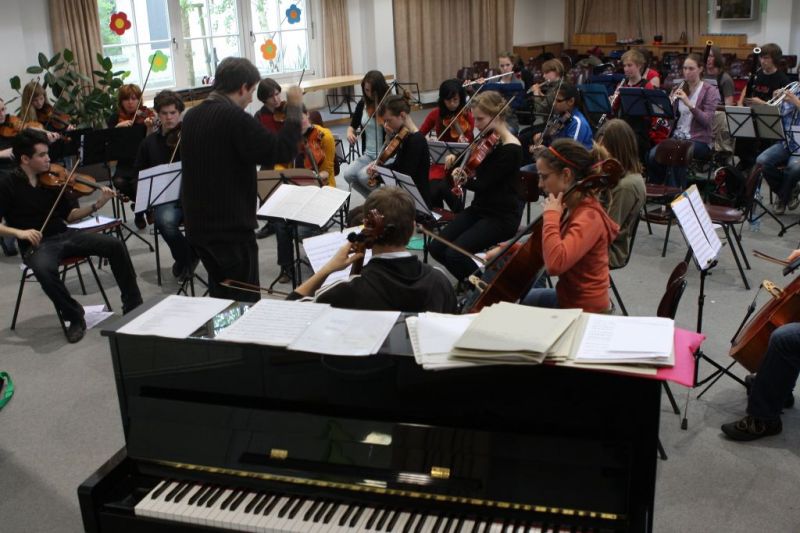 15.09.2010, Berlin | Entitled “Unter Strom/Wir bauen Musik” (Electrified/We Are Building Music), a project has been launched by the Hans Werner Henze Music School in Marzahn-Hellersdorf, which aims to get children and youths excited about music while also drawing links to science and technology. Reaching out to the teenagers by focusing on a form of music a lot of them connect to at this age, the project was initiated on the occasion of the 80th anniversary of a musical instrument, which is considered to have paved the way for electronic music – the “trautonium.”

Only a few historical examples of this instrument exist, and it was specifically re-created for this project. In a workshop, physics teacher Bernd Eichner demonstrated the instrument to students of all age levels, made them understand its construction, and used audio-visual means to present its historical development and impact.

The public will be able to listen to the instrument that came out of the workshop for the first time on October 3, 2010, at 8 p.m., in the Chamber Music Hall of the Berlin Philharmonic, when the Youth Symphony Orchestra of Marzahn-Hellersdorf under the direction of Jobst Liebrecht will perform Paul Hindemith’s “Concertino for Trautonium and Strings” and a world premiere by composer Benjamin Schweitzer. The project also included a composition workshop, where the students could try their hand at composing pieces for unusual electronic instruments; how successful they have been can also be heard at the concert at the Berlin Philharmonic’s Chamber Music Hall.

“Unter Strom/Wir bauen Musik” combines several exemplary, innovative approaches to getting young people excited about, and actively involved in the making of, music in the long term, which is why the project is very dear to the Schering Stiftung.

Prior to the concert on October 3, 2010, at the Philharmonic, visitors will be able to learn more about the project and the trautonium in an introductory event, which will be held at the adjacent Museum of Musical Instruments at 7 p.m. The concert also provides an excellent occasion for the museum to launch its new exhibition about the trautonium.