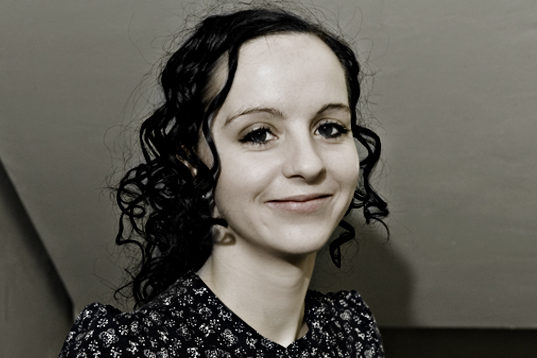 Inka Albrecht studied biology at the University of Marburg. Since June 2004, she has been  a doctoral student in the group of Professor Dr. Radbruch at the German Rheumatism Research Center in Berlin, working on the “identification and characterization of novel transcription factors in chronically activated T helper cells.”

Together with Kai Kessenbrock, Inka Albrecht will receive the Avrion Mitchison Prize 2009 of the German Rheumatism Research Center in Berlin. At the award ceremony on December 1 in Berlin, she will give a talk on “The pro-inflammatory immunological memory: twist1 autoregulates / Th1 mediated inflammation.”

Albrecht about her research:
“In rheumatic diseases the immune system is overactive. Immune cells attack self tissue and induce a longlasting inflammatory response that leads to progressive tissue damage. However, only a fraction of immune cells are pathogenic and participate in the inflammatory process. The majority of immune cells still is protective and clears infections with viruses or bacteria. Current therapies of chronic-inflammatory diseases suppress immune reactions and effectively resolve inflammation. However, the therapies lack selectivity. They also impair protective immune responses. The aim of our work was the identification of markers that allow discriminating between pathogenic and protective immune cells.

T helper (Th) cells act as control elements in the immune system: Upon encounter of the cognate antigen, e.g. a virus, they start to secrete selected cytokines and thereby control the immune response. The flexibility of Th cells in developing effector functions grants the adequate type of immune response. Th Type 1 (Th1) cells are characterized by the secretion of the pro-inflammatory cytokines Interferon-γ and Tumor Necrosis Factor (TNF)-α and protect against infections with intracellular pathogens. Autoreactive Th1 cells are enriched at the site of inflammation of patients suffering from chronic inflammatory diseases. Th1 cells are potent inducers of inflammation and are likely to play a key role in rheumatic diseases.

One gene that was exclusively expressed in repeatedly activated Th1 cells was the transcription factor “twist1”. Activity of “twist1” correlated with the number of antigenic stimulations and thereby reflects “cell age” and an active involvement in the inflammatory response. The ability of repeatedly activated Th1 cells to induce and maintain chronic inflammation was demonstrated in a mouse model of arthritis. Here, deletion of twist1 in the pathogenic Th1 cells enhances the inflammatory response. Twist1 represents an internal regulator of the pro-inflammatory capacity of Th1 cells by limiting the expression of pro-inflammatory cytokines.

Expression of “twist1” in human peripheral Th cells peaks in terminally differentiated effector memory Th cells and is the lowest in naïve Th cells. Th cells from the inflamed joint or gut tissue of patients with rheumatic diseases and inflammatory bowel disease express high levels of “twist1”. Expression of twist1 in Th cells at the site of inflammation highlights the role of chronic T cell activation in chronic inflammation and reflects the resistance of pathogenic Th cells to current therapeutic intervention. As a marker of pathogenic Th1 cells, twist1 may allow the development of novel therapies that selectively target the pathogenic Th1 cells.”

On December 1st, 2009 at 6.10 p.m. the Albrecht Hasinger Lecture 2008 is hold by Prof. Cornelia Weyand (Stanford University) on “The Immune System in Rheumatoid Arthritis – In Need for Rejuvenation”.